“Burnett is recognized by some critics as the best filmmaker no one knows.”

Charles Burnett (“Killer of Sheep”/”To Sleep With Anger”) trims off over 30 minutes from the theater release 116 minute version in his ‘Doing the right thing’ drama and tragic comedy. It’s a hard-hitting mix of real life soap opera and urban crime melodrama, whose characters never utter a false note. Burnett is recognized by some critics as the best filmmaker no one knows, in this low-budget color film he shows why he’s so highly thought of by those in the know as he adroitly tackles the black ghetto problems in South Central Los Angeles of crime, resignation and unemployment.

The film was financed by the German TV network Zweites Deutsches Fernsehen and with additional funding from Channel 4 in England. The ‘shortend’ color film (unused film from a shoot) was bought on the cheap from MGM.

Pierce Mundy (Everett Silas) is an embittered and emotionally immature 30-year-old still living at home with his church going elderly mom (Jessie Holmes) and playful elderly old-fashioned father. He was trained as a heavy equipment operator, but since there are no jobs he works the counter in his parents’ dry cleaning store and, if nothing else, he has managed to stay out of trouble with the law. His brother Wendell (Dennis Kemper) is a lawyer soon to marry into a pretentious wealthy family, where the bride’s father is a doctor. Pierce resents that his brother is turning his back on the ‘hood and that Wendell’s fiancée Sonia (Gaye Shannon-Burnett), also a lawyer, is such a bitch and a snob. Pierce’s mother can’t understand his negative attitude to Sonia and annoys Pierce further by being so deferential to her family. Pierce’s best friend is Soldier (Ronnie Bell), who is just being released from prison. Soldier’s mom begs Pierce to look out for him and see to it that he doesn’t land in jail again. But Soldier is too set in his ghetto criminal ways and instead of looking for work, looks for trouble by beating up a resident over a personal spat and idly spends his days womanizing.

The story’s main conflict arises when Soldier dies in a revenge shooting and his funeral is held on the same day when Pierce is to be best man at his brother’s wedding. Pierce can’t get out of the wedding and tries to do the impossible, be at both places at once.

Most of the cast are nonprofessionals, and all are convincing in their roles. Though there’s a didactic strain to the film, as it tells of the class divide in the black community between the lower-class and the middle-class, Burnett is such a good storyteller that the film covers the dilemmas in the black community without ever slowing down or becoming a heavy watch. It’s first-class artistry in filmmaking, and one of the best films ever on the realities in the black ghetto—-it puts most big-budget Hollywood films of this type and “blaxpoitation” films to shame. 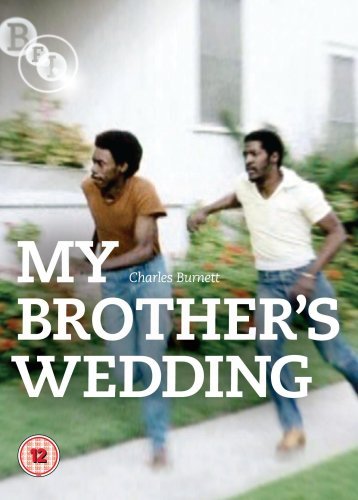