It’s a true story crime drama based on the 1973 Alday family slayings, where six of the family members were brutally killed in southwest Georgia.

It istold through the eyes of the 15-year-old Billy Isaacs (Henry Thomas), one of the gang members who was the brother of the psychopath killer gang leader.

In May of 1973, Carl Isaacs (James Wilder) escapes from a minimum-security prison in Maryland. He’s accompanied by brother Billy, his half-brother Wayne Coleman (Stephen Shellen) and the retarded 36-year-old black man George Dungee (Errol Slue). After destroying the brother’s hated uncle’s home and abducting and killing a man in Pennsylvania (Peter Faussett), the gang drives to Georgia. There they burglarize a trailer belonging to Jerry and Mary Alday (Roger Barnes & Susan Bayliss). In cold-blood Carl kills Jerry and his father Ned (Warren Van Evera). He then kills Jerry’s two brothers and his uncle Aubrey (John Fox). Coleman and Carl then rape the pregnant Mary, and she’s murdered in the woods by Dungee. The gang was arrested a few days later in West Virginia.

Billy testified against the gang and received a reduced sentence of 40 years, in a plea bargain deal. He was paroled in 1994. Director Graeme Campbell(“Everest”/”Going For Broke”/”Be My Valentine”) provides in a stark chilling manner a detailed account of the killers on their 13-day bloody crime spree. To say the least, the gruesome film is disturbing. Maybe even pathological. It channels all the bad vibes of a film like In Cold Blood, but its film-making is flat and never can bring art to its gory tale.

I didn’t think the film, told through the eyes of an unsympathetic gang member, gave enough sympathy to the murdered Alday family, who lost five men and a pregnant women in this senseless crime. The surviving family suffered long after the tragedy, as they had no men to work the farm. Meanwhile the unrepentant monster, Carl Isaacs, kept filing appeals based on technicalities until finally after a retrial was executed in 2003. Coleman and Dupree are serving life sentences. That the monster escaped his death sentence for such a long time, only showed the justice system didn’t work for the victims.

I doubt if there’s a wide audience willing to sit through this bloody horror story. I don’t recommend it. 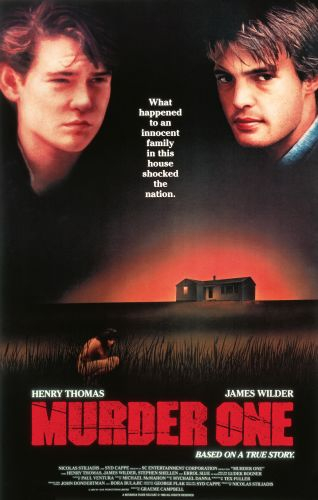