Jacques Becker (“Touchez pas au grisbi”/”Le Trou”) is one of the great French filmmakers who never got the attention he deserved when he died in 1960, perhaps because his work seems so effortless and simple. But in recent times he has become recognized as one of France’s great filmmakers thanks mainly to critics at Cahiers.

In the 1930s he served as an assistant to Jean Renoir, and his richly textured films have the same kind of beauty as his mentor’s. This one mixes violence with tenderness. Becker magically makes you feel the brutality of the underworld, the period’s cobblestone streets, the dark back alleys that are strewn with garbage and also the warm morning sunshine and the lush open fields; it’s that impeccably filmed. The elegant black-and-white film is based on a true incident that occurred in 1898 in a Paris that could have been painted by the French impressionists as it evokes the Belle Époque Parisian demimonde.

In many ways it’s a masterpiece, as it tells of a doomed love that registers as one of the truly moving romantic stories in cinema. The film was lionized by the French New Wave and became a great influence in the new direction their cinema was heading, though it failed at the box office when it was first released in France due to the public’s rejection of Becker making a period film when he always had done contemporary stories.

Reformed criminal Georges Manda (Serge Reggiani), after serving a stretch for a few years, has been for some time an honest carpenter. At a Sunday riverside outing at a cafe he runs into his old cell mate Raymond (Raymond Bussières), who introduces him to his Apache gang. The voluptuous Marie (Simone Signoret), also known as Casque d’Or for her golden hair, is the bored moll of flunky boorish gang member Roland (William Sabatier), who can’t take her eyes off the handsome mustached Georges and asks him to dance.

The result after the waltz is a fight between the jealous Roland and Georges, whereby the carpenter knocks him cold with one punch. At a bistro where the gang hangs out, Roland again challenges his rival, only this time the affable but brutal and sneaky Apache leader Félix Leca (Claude Dauphin) is present and arranges a knife fight, Apache style, in the back yard of the bistro. It ends with Georges knifing him in the back and the gang dumping Roland’s body in the garbage and vanishing just as the police arrive. But Leca has designs on Marie and tells his corrupt cop friend Inspector Giuliani (Paul Barge) that Raymond is the murderer, knowing full-well that the loyal Georges would not let him take the rap for his crime. Indeed, Georges leaves his country love nest with Marie to confess. But when Georges, while in prison, becomes fully aware of Leca’s betrayal, going against the underworld code of conduct, and that it led to the death of the still unreleased Raymond in a botched prison break, Georges escapes and in broad daylight at the police station guns Leca down.

As in the real life story, Georges is executed by the guillotine. 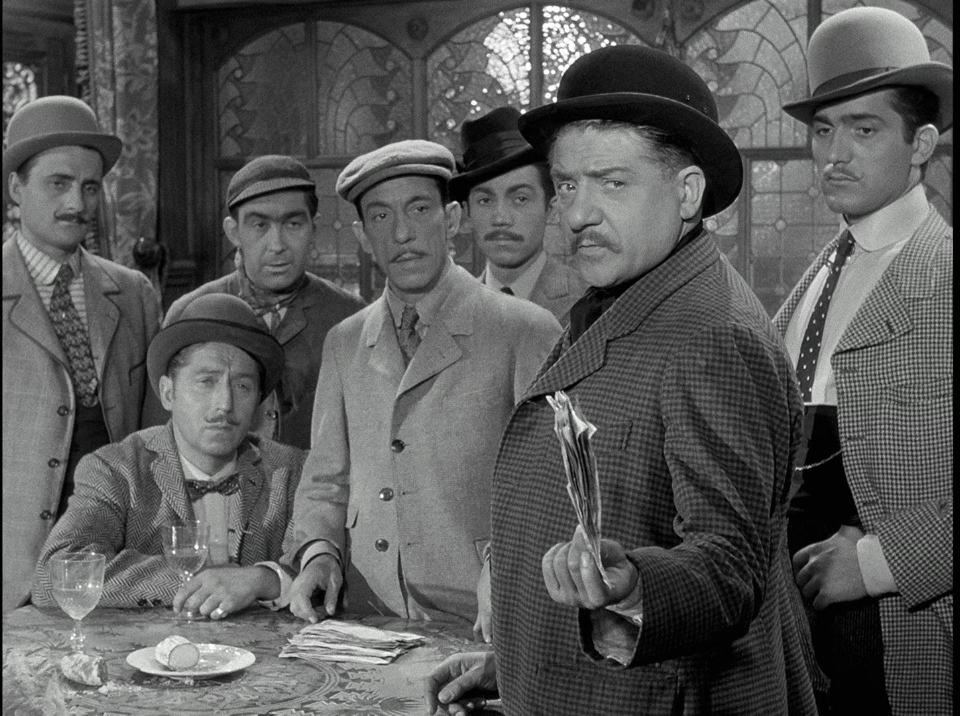