Claire Trevor, one of the film’s stars, said it’s “a terrible picture. It goes on forever and it’s bad.” Who would think this capable actress would be such a perceptive critic. Edward Dmytryk (“The Juggler”/”Soldier of Fortune”/”The Caine Mutiny”) previously cast the 55-year-old Spencer Tracy and 25-year-old Robert Wagner in “Broken Lance”as father and son, now casts them, if you can believe, as brothers. So right off the bat, this film suffers from a credibility problem. If that weren’t enough of a stretch, it has them as French alpine skiers. It’s based on the prize-winning novel by the Russian-French author Henri Troyat and the screenplay is by Ranald MacDougall. Filmed in beautiful Vista Vision, the fresh air adventure film is a good advertisement for Paramount’s new widescreen innovation.

There’s a plane crash on the French alpine peak (filmed at the Chamonix-Mont Blanc area), near the top of a nearly inaccessible peak, and it’s believed that there are no survivors. Only one local guide ever made that climb, but he’s now retired and refuses to go out with the rescue party. The rescue party soon returns in defeat when they lose their guide. Chris Teller (Robert Wagner) believes there’s loot aboard he can plunder if he gets there first. The venal lad wants the riches as a means of escaping an empty rural life. His old buzzard bro, Zachary (Spencer Tracy), is the legendary retired climber who can make that climb. But Zachary is still traumatized by a past accident on the mountain and refuses to budge. Nevertheless, Zach goes with his greedy and foolish kid brother when he’s goaded into taking the risk. When the two reach the top, Chris scavenges the cameras, wallets and personal belongings of the dead passengers, while Zach finds an unconscious but still living Indian woman (Anna Kashfi) from the flight that left Calcutta. He makes a sled out of the plane door to take her down the mountain, but Chris wants to leave her there and take only the loot. A disgusted Zach leaves the mountain with the lady and brings her to safety in the village, but returns when his inexperienced bro, weighed down by his booty, is in danger trying to negotiate a false snow bridge over a crevasse.

The ending is predictable, but the hair-raising climbing scenes are unforgettable and that makes it worth seeing if you have the patience to sit through all the other contrivances and care a little about why men climb mountains. 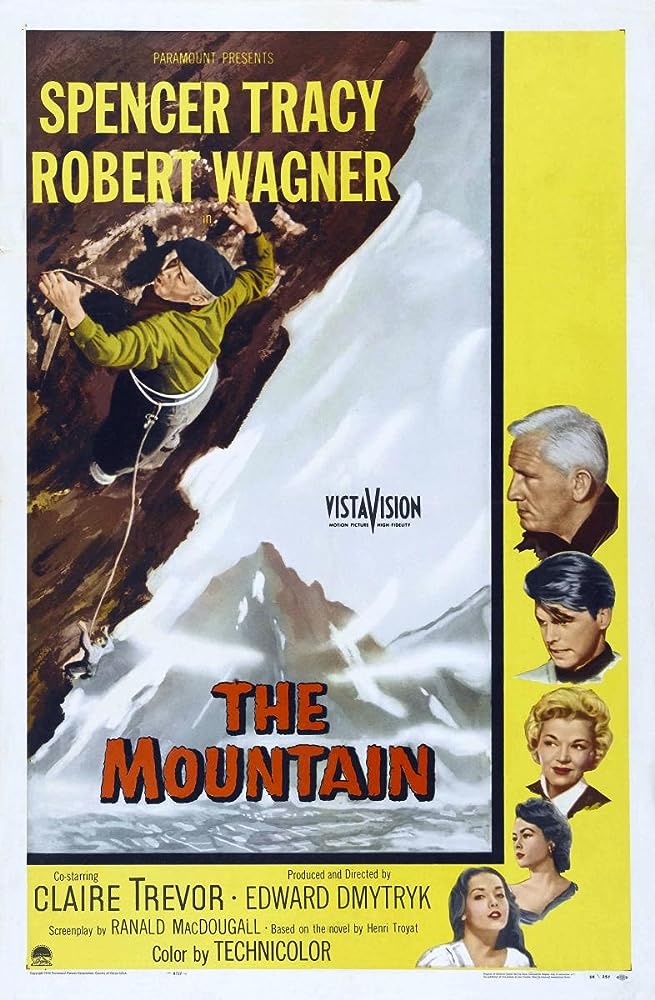