“A short flick in color about a Rube Goldberg contraption ingeniously brought to life in a warehouse.”

A short flick in color about a Rube Goldberg contraption ingeniously brought to life in a warehouse. The creators are Swiss artists Peter Fischili and David Weiss (“Der rechte Weg “/”Der geringste Widerstand“), who have collaborated on kinetic installations since 1979. The playful artists have built a unique structure that’s 100-feet long and made out of common household items–from tea kettles to wooden ramps. It opens with a suspended trash bag descending on a tire and for the next thirty minutes there’s a continuous chain-reaction that has such things as fire, water, foam, popping corks and balloons constantly moving forward.

Beautifully filmed in one take. The tongue-in-cheek gimmicky film should delight both the prankster and techie viewer. I took it as an irresistible curio, a refreshing sight for a jaded critic. 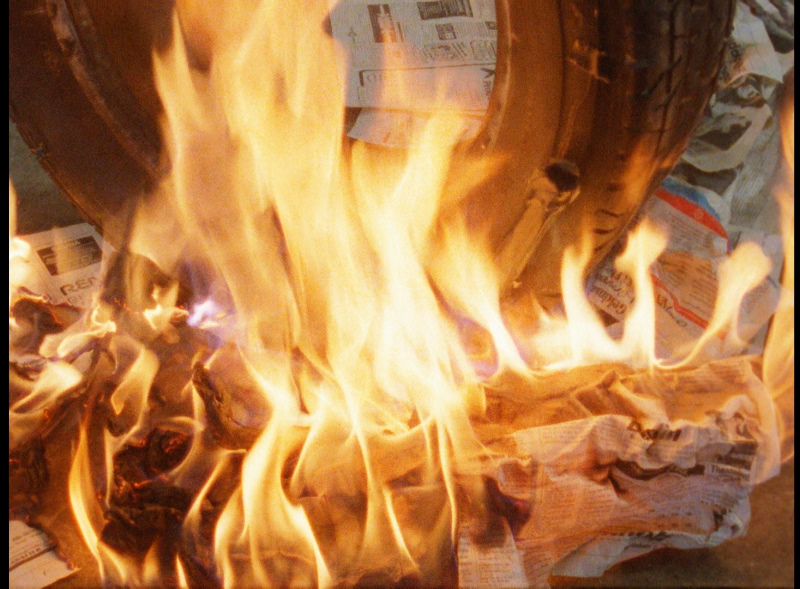