MOTHER AND SON (MAT I SYN)

Caspar David Friedrich, the 19th-century German Romantic painter, was noted Russian director Aleksandr Sokurov’s (“Moscow Elegy”/”Moloch”/”Russian Ark”) inspiration for his heartwarming landscape friendly painterly film Mother and Son. The stunning landscapes of the golden fields, the dark woods, the beach and the hilly terrain is captured in all its splendor by cinematographer Aleksei Fyodorov, who used special lenses to give it a memorable arty touch. It’s cowritten by Sokurov and Yuri Arabov, who keep the mood spiritually reverent as if we were viewing this elegy when hypnotized in the netherworld

The drama is muted and the dialogue is sparse in this free of narrative, plotless and action-less story about a dutiful grown son (Aleksei Ananishnov) attending to his dying mother (Gudrun Geyer) with great tenderness in their small stone cottage that stands isolated in an idyllic country setting, where no other people are seen. The son whispers to her and they talk about sharing the same nightmarish dreams; he combs her hair and comforts her through her pain while choking. When she asks to be taken outdoors, he notes how small she has become and cradles her in his arms to carry her to the open fields. At a nearby beach he reads an old postcard to her, in which she doesn’t identify the author when asked. Afterwards she goes to sleep, and the son walks in the fields alone and shows his anguish. He returns for a few last words, before she passes away.

Sokurov lets in the outside through sounds such as a passing train, the wind, a barking dog, the buzzing of a fly, a chirping bird, a roll of thunder and, off in the distance, we can faintly make out the sound of the sea.

Americans, for the most part, can’t make such slow-paced films that have no commercial value, that demand the viewer see things in the sensitive way an artist does. Words alone cannot do justice in describing such transcendent beauty, such intimacy, such showing of grief and sublime lyrical visuals, in this unique film by one of the world’s greatest living artists. This is a dreamlike film that demands to be seen again and again, not because it’s so complex but because it’s so simple, moving, universal and relevant. 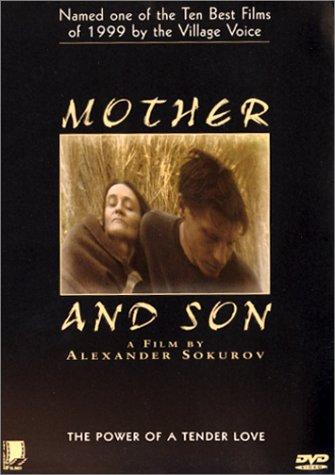 LION IN WINTER, THE