LAST HAND, THE (AFTER THE GAME)

“It’s saddled with a convoluted plot.“

Brewster MacWilliams’ The Last Hand is a weak entry in the noir genre. It was filmed in 1995 and released on German TV in 1997 as After the Game, and has currently hit the USA market on DVD. It’s saddled with a convoluted plot, an incredibly terrible ending, enormous plot holes, cheesy sets, and forgettable acting performances. There seems to be no purpose or end to how grating this film becomes, as it overstays its welcome and keeps playing one bad hand too many. If it were cut to an hour, it would have been easier to tolerate and with less characters to keep track of maybe the parts of the essential ones would have been drawn out more.

On the way home with a red briefcase filled with his winnings of $30,000, Benny is shot in his car by a masked man with a rifle–the car blows up just after Benny comes out staggering and falling to the ground. The victim’s estranged son Clyde (Robert Dubac) from Montana comes by Jeep the next day to find out what happened. He finds that the local police are on the take with the casinos and have closed the investigation calling the death a result of a drunk driving accident, even though all evidence indicates it was murder.

The film’s hero Clyde soon learns from gabby bartender Slim (Richard Lineback) about the large amount of money his father won. On further inquiry he learns that the jealous Sam threatened to kill anyone who fooled around with his floozy wife and that Benny as well as Frank were having ongoing affairs with her, and that Frank owed Sam $50,000 and was in danger of losing the casino unless he came up with the money. That’s it for starters, as the idea is to guess who killed Benny and keep tabs on the briefcase that keeps changing hands and contents—money, clothes, and cocaine. It unconvincingly covers the themes of greed, lust and troubling family relationships. By the final act all the suspects are dead but for the real killer, who proves to be sleazier than all the other sleazes.

I saw Charlie Chan episodes that had drawn deeper character studies and some low-end of the scale B-movies that were more involving. The pretense of this filmmaker is to advertise himself in the tradition of Kubrick and Welles, which might make him delusional or someone trying any means of selling his mediocre product or someone who knows how to parse his words so that the meaning of the promo is blurred.

Frank Gorshin and Lou Rawls have cameos. If you blinked, you would have missed Rawls as the attendant in the morgue. 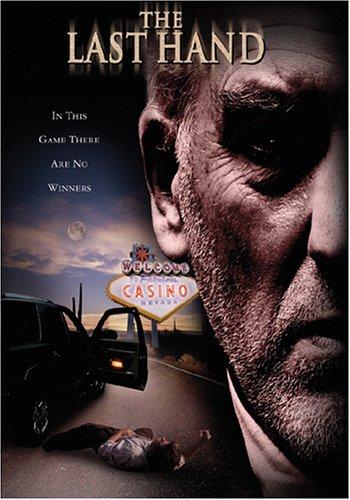