Tobe Hooper (“Toolbox Murders”/”Eaten Alive”/”The Texas Chain Saw Massacre”) after a fast start as a promising horror director, seemingly has lost his directing skills. His recent films, like this one, are only middling efforts.

The feisty widowed mom, Leslie Doyle (Denise Crosby), wishes to start over again as a mortician and takes her soft teenage son Jonathan (Dan Byrd) and her precocious adolescent daughter Jamie (Stephanie Patton) to a new area in California, the small town of San Lorena, to live in a rundown creepy funeral home. The place bought, the Fowler Brothers Mortuary, is almost unlivable but the determined mom is so anxious to operate the funeral home on her own that she fixes the dilapidated home up at a great effort. Jonathan gets a job at the local diner run by the former acid head Rita (Lee Garlington). There he falls for the owner’s pretty 19-year-old niece, Liz (Alexandra Adi, the 32-year-old actress), who also works in the diner. Liz tells him the history of the Fowler family, a prominent family that were the town’s first settlers, and how the son Bobby killed his parents (they ran the mortuary) because they abused him as a child and he is supposed to now live in the crypt.

After mom is warned by the sheriff (Michael Shamus Wiles) that the local youth use the graveyard as a hangout to be with their lovers, all sorts of folks go missing in the haunted graveyard. The missing Bobby Fowler (Price Carson) makes a creepy appearance as a dangerous deranged retard, a black fungus starts spreading and dragging people down a well and taking over the bodies of those victimized and, before you can say the cheesy stuff is spreading like crazy, there’s a confrontation by the ominous well between the good folks, John and Liz, against the baddies, Bobby and all those possessed zombies by the fungus.

Nothing but the usual schlocky scares featured in low-rent zombie pics, and the film’s parody of such cheaply made horror pics never clearly gets the job done. 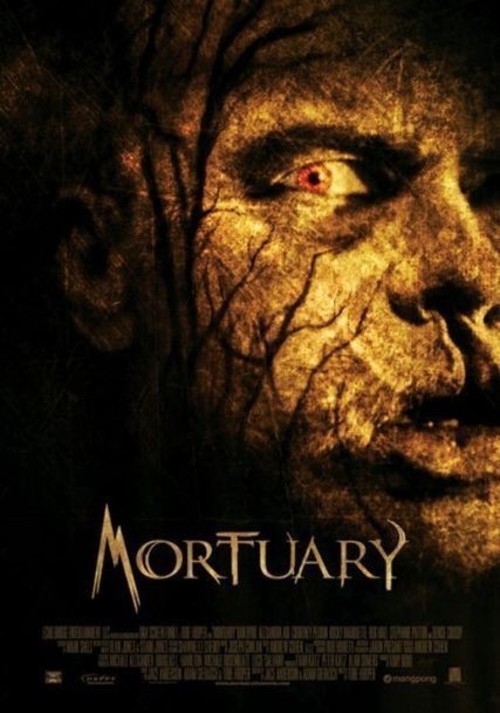