“… meditative exploration of a dark, obsessive and possessive love.”

La Captive is inspired by Proust’s story La Prisonniere from the fifth volume of Remembrance of Things Past. Writer-director Chantal Akerman (“The Eighties”) creates this meditative exploration of a dark, obsessive and possessive love. The co-writer is Eric de Kuyper. It’s a slow moving psychological drama that captures the spirit of Proust’s gay relationship in the novel by keeping things bare to the bone and updates it to modern Paris. It’s grounded in the film lore of Bresson’s minimalism, Hitchcock’s Vertigo, Bunuel’s surrealism and Antonioni’s lapses in romantic ennui.

Wealthy, reclusive, neurotic and chronic allergy suffering twentysomething Simon Levy (Stanislas Merhar) lives with similar-aged aspiring singer Ariane Rey (Sylvie Testud) in a capacious luxurious family flat he shares with his ailing elderly grandma (Françoise Bertin) and with the family’s loyal servant (Liliane Rovère). Ariane sleeps in another room, where the effete Simon likes to enter and watch her while she’s asleep (the lad gets off on her passivity, and enjoys rubbing up against her while she’s most likely feigning sleep). In an early scene Simon is repeatedly viewing an audio-less home movie of Ariane on holiday at a seaside resort in Normandy with her group of girlfriends in order to see if he can figure out whom she is talking to when she says “I . . . really . . . like . . . you.” Then we see him trailing behind the unsuspecting Ariane as she drives to a remote hotel, and later learns from the desk clerk that she was reserving a room for her aunt. Jealous to the max, Simon has made arrangements with Andrée (Olivia Bonamy), one of Ariane’s circle of girlfriends, to keep her company when she goes out and to be his spy. Andrée accompanies Ariane to her Tuesday singing lessons and whenever boredom sets in takes her out on spontaneous afternoon excursions. Not fully satisfied with this surveillance, Simon wants to possess Ariane’s mind also. He frets that since she has a thing for girls, she’s probably thinking of one of them when they’re passionate with each other. Simon jealously observes her with opera singer Léa (Aurore Clément), and thereby feels impelled to question lesbian lovers Sarah (Bérénice Bejo) and Isabelle (Anna Mouglalis) about what they think about when they make love, if they could ever prefer a man over a woman and what’s it like to be with a woman. They can only tell him after much badgering that “It’s different.” At home, he endlessly grills Ariane about her thoughts and she only tells him that she has no thoughts of her own, and quietly puts up with his possessiveness without complaint but is nevertheless privately leading a double-life as a lesbian (probably with Andrée). Simon’s frustrations with his attempt to possess her completely leads to him ending the relationship; but that only leads to further unhappiness and tragedy.

It plays out with operatic force as it lays the groundwork for the perversity of this male-female relationship where there’s no trust or connection made (she thinks of him as being almost irrelevant), and where desire, passion and love become used more like weapons than ways of healing old wounds. It’s brilliant in its ambivalent psychological thrusts, as it wonders how lovers can ever know one another; it’s overreaching story is filled with darkness and visions of love being hopeless, as its oppressive landscapes, empty home-life and general tedium become overwhelming. These harsh realities all drive home the point that all’s not well in such a masochistic obsessive relationship, whereby either party can be viewed as the captive with not much chance of escaping. 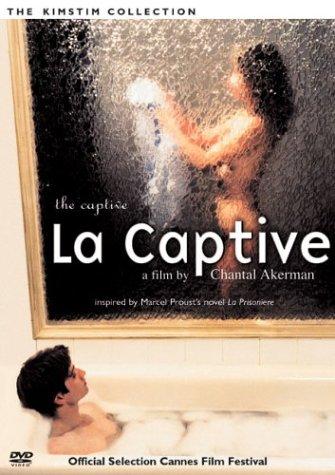