“It is a violent film shot with calm detachment.”

An intricate film noir about a hardened criminal, Gus (Lino). He escapes after serving 16-years on a murder charge and returns to his hometown in Marseilles to make contact with his sister, Manouche (Fabréga), and exact revenge on crime boss Joe Ricci (Bozzuffi). This mobster double-crossed him.

It is a violent film shot with calm detachment in black-and-white, giving it a taut look. It complements the sharp and ruthless action.

Gus is a troubled, snake-bitten, desperate 46-year-old career criminal, who now needs some fast money and another country. But first he must take care of some unfinished business. While visiting his sister, he runs into a couple of mobsters trying to shake her down. So he disposes of them. Meanwhile, he learns the hit was done by Joe Ricci against Jacques le Notaire (Loyer), his sister’s friend. All this is done in order to frighten Manouche, so that Joe Ricci can get his sister out of business.

Inspector Bleu (Meurisse) investigates the crime in Manouche’s bar, suspecting that Gus is hiding out with his sister’s help. The inspector is perceptive about what is going on among the various crime gangs in Marseilles, and begins laying a trap to catch Gus — his main concern at the moment.

Paul Ricci (Pellegrin) is at this time planning a Brink’s heist of a million dollar platinum shipment and he needs four men, but one of the men dies. He asks Karloff (Zimmer), but he declines because it involves killing two motorcycle cops. So he recommends Gus. Since Gus considers Paul to be the good Ricci brother, he goes along. The way the Paris heist was carried out makes Inspector Bleu suspect that Gus was in on that job. The cop gets lucky in Marseilles and spots Gus walking the streets. His cops pose as rival gang members, claiming Paul double-crossed him and they use a tape recorder to get the unsuspecting Gus to talk about the heist. The irony is that Gus would rather die than be thought of as a squealer.

The last part of the film becomes increasingly violent, as Gus escapes from the police and goes after the men he believes are betraying him.

It is interesting to see how Melville could make a low-level hood like Gus, into a seemingly ethical person. He is an almost sympathetic person by the film’s end, not withstanding his criminal disposition. There is something about him that is redeeming, that even the wily Inspector Bleu recognizes. This is not a great noir film, the acting seemed jarred, but it has a certain tension that sustains its somber mood and keeps the plot boiling. 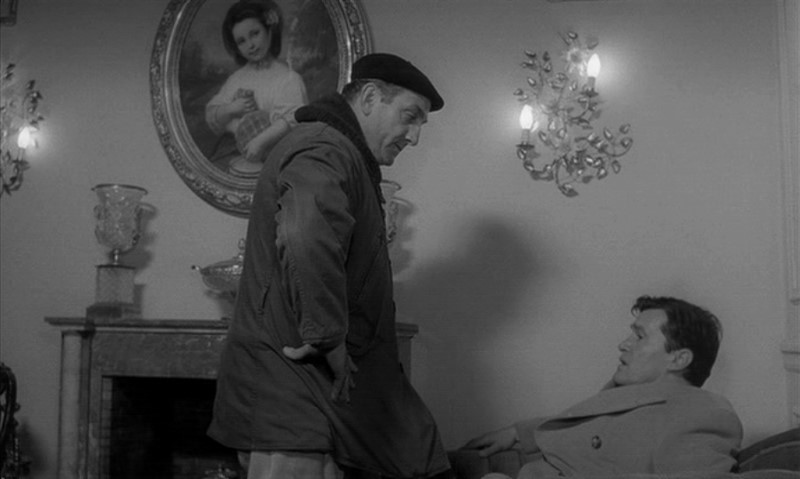