“Moonrise” is based on the book by Theodore Strauss. It’s one of the better films, if not the best, directed by the veteran filmmaker, known for his romantic melodramas, Frank Borzage (“Farewell to Arms”/”7th Heaven”). It’s a humanist social conflict flick made on a low-budget for Republic, which was an unusual choice for the studio to make since they’re known mostly for their serials, action and Western films. This was Borzage’s last film until his 1958 “China Doll”. The blacklist forced him into a decade of no work. The next year he directed his last film, “The Big Fisherman” (1959).

When he was an infant, Danny Hawkins’s (Dane Clark) father was hanged for murder. The kid was sent to a nearby southern town to be raised by his Aunt Jessie. Ever since he could remember, those around him wouldn’t let him forget that he possesses his father’s “bad blood.” The harassment continued among his peers, and his number one nemesis was Jerry Sykes (Lloyd Bridges)–the son of the town’s wealthy banker. The film opens to a hop both young men attend and we find them going off alone in the woods to argue over a pretty schoolteacher, Gilly Johnson (Gail Russell), they both love. It leads to a fistfight and Jerry’s continual taunting of the lad. When for the first time in their many fights Danny is winning, Jerry picks up a big rock and with hatred goes after Danny; but, Danny overcomes him and bashes his head in with the same rock in what loosely could be termed self-defense (he didn’t have to kill him once he disarmed him). Danny then returns to the dance with bruises on his face, and takes Gilly and his friends Jimmy and Julie for a ride in the father’s car of Jimmy. In a turbulent state of mind, the drunken lad speeds and crashes–with fortunately no serious injuries.

When Jerry turns up missing for a long time, Danny retreats to live in the swamps in secret with Gilly. He wrestles with the “bad hand” fate has brought him, and drowns himself in sorrows. Eventually the past catches up with him and he returns to his home to talk with his wise old granny (Ethel Barrymore), who forces him to look back at the past and make the right decision so his life will not be wasted like his father’s was. The sympathetic sheriff (Allyn Joslyn) knows that Danny killed Jerry, but doesn’t have the proof. He talks to him about straightening out his life by being a real man and telling the court what really happened that day. Danny also receives wise common sense counsel from the elderly Negro Mose (Rex Ingram), who treats everyone with respect (including his hunting dogs). After receiving this good advice, Danny realizes everyone in town doesn’t hate him and decides to surrender to the police and rejoin society.

It’s a grim melodrama that feels tragically realistic, touching on the raw nerves of the brooding accused murderer who has been forced into violence and going on-the-run because his tormentors have rattled him. The film’s beauty lies in Borzage’s overpowering visual mise-en-scene, making the film a character study as the protagonist wrestles with his inner conflicts between the peaceful and wrathful deities. The conflicted young man eventually overcomes his past bad karma because he finds someone to love, support from his betters and values to believe in. Spiritual ideals such as transformational love are the very things the director, himself, finds very dear in his real life. 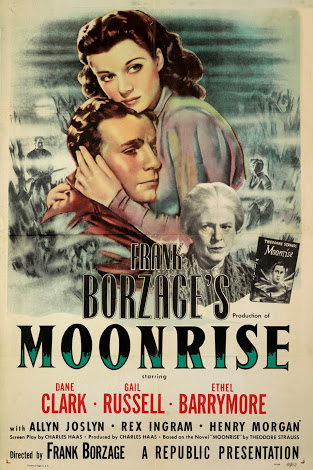 ARMY IN THE SHADOWS