Edgar G. Ulmer (“St. Benny the Dip”/”Detour”/”Carnegie Hall”) directs this all-black quickie shot for $8,000 over four days; it was the only film he ever shot in 16mm and it was filmed in a disused cigar factory in New Jersey. Ulmer’s wife Shirley rewrote the script turned in by Mathew Mathews. The film includes jazz clarinetist legend Sidney Bechet, performing with Christopher Columbus and His Swing Band, in his only American screen appearance (he was later an expatriate in Paris and made several films there) as he plays his instrument in the opening wedding scene. But this is one of Ulmer’s poorer works–retaining little, if any, of Ulmer’s noted skills as an artistic filmmaker.

Minnie (Cora Green), a well-off nightclub dresser at Broadway Slick’s Plantation, is a naive widow from Harlem living off her late hubby’s insurance policy, who against advice from friends marries a gangster heel named Dollar Bill (Percy ‘Bud’ Harris). The dude scams money from her policy to play the ponies, which she is unaware of. Also, Minnie mistakenly thinks her noble schoolgirl daughter Sue (Ozinetta Wilcox) is seducing her hubby when it’s the other way around, and she foolishly kicks her daughter out. Sue is comforted by her supportive clean-cut boyfriend, an honest and sincere community political organizer, Bob (Carl Gough), who yearns for a Harlem without bloodsucking racketeers. Sue now lives with Jackie and Alice, two of her schoolmates, and leaves school for a career on Broadway–finding a chorus gig in the same nightclub her mom is at. Dollar Bill, in the meantime, gets the wrath of his white protection racketeer boss by his unauthorized shake downs. Soon a black rival sends contract killers after him to retrieve $15,000 they say he owes them. But Minnie takes a bullet meant for him; later Dollar Bill dies in a shootout with a street hood called Wallstreet.

The setup is stagy, the storyline is ponderous, the dialogue banal and the production values are awful. The only good thing about the film is that Ulmer takes his struggling honest blacks seriously and treats them with respect as they cry out to “clean-up Harlem.” 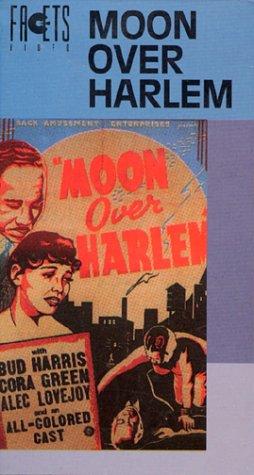