“The sloppily made suspense thriller was deservedly ripped by most critics and was a financial flop.”

An over-the-top thriller weakly helmed by the Finnish-born Hollywood filmmaker Renny Harlin (“Skiptrace”/”Cleaner”), that strains our sensibilities for shocks and credibility. The story by Wayne Kramer is co-written by Kramer and Kevin Brodbin, with major plot holes. It slavishly follows the formula of Agatha Christie’s “Ten Little Indians,” where one-by-one a group of trainee FBI agents are killed by an unknown serial killer. On an isolated island called Oniega, off the coast of North Carolina, a team of FBI agents-in-training are going through a weekend of an unorthodox exercise called Mindhunters (whereby the trainees are after a serial killer called “the puppeteer”), that’s ordered by their innovative but controversial instructor supervisor Harris (Val Kilmer) to see if they are fit to be profilers.

The uninhabited island, operated by the Navy, has on it a mock town with human dummies. The trainees include Reston (Christian Slater), Sara (Kathryn Morris), Bobby (Eion Bailey), Rafe (Will Kemp), Lucas (Jonny Lee Miller), Nicole (Patricia Velazquez) and Vince (Clifton Collins Jr.). They are joined by Gabe (LL Cool J), who introduces himself as a Philly cop invited to be an observer. After a kitten is found hanging from the ceiling and their designated leader is brutally killed in a trap, the group become aware that this is no simulation and one of them is a real serial killer who has profiled their strengths and weaknesses and is out to slaughter them all by using their weaknesses to get them in staged traps. After every killing, the culprit leaves a clock or a watch behind to show the time of the next killing As the suspense builds, the agents must use their cop skills to catch the killer before time runs out.

We will eventually learn the killer’s weakness was a bullet. If you for a second thought the training site would have no contact with its FBI base camp, you have no idea how the FBI operates. All the victims are one-note characters, who are murdered before we know much about them or get a chance to care about them. The sloppily made suspense thriller was deservedly ripped by most critics and was a financial flop. 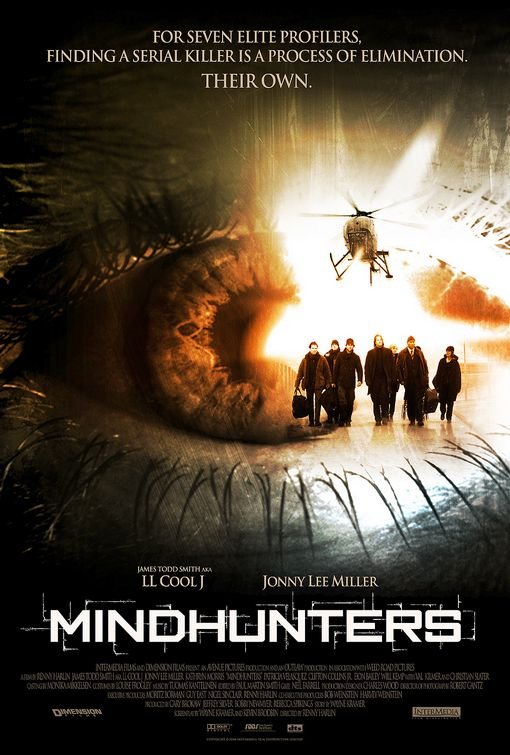