An absurd comedy set in an LA flophouse called the Million Dollar Hotel. A rigid, gung-ho FBI agent Skinner (Gibson) comes to investigate the murder of Izzy Goldkiss, a junkie whose father is wealthy and well-connected. He doesn’t believe that his estranged son would commit suicide and jump off the hotel’s roof because Jews don’t commit suicide–they don’t need to. Skinner looks freakishly like a robotic action-hero cop, wearing a military haircut, a neck-brace and a dark regulation cop suit as he stiffly goes about his business of interrogating this hotel of freaks, losers and nutcases–all of whom are suspects. He is willing to do things against the book, such as crack heads to get info and break the toilet plumbing so the hotel guests would be uncomfortable and become inclined to squeal. His guide to the other guests is a half-wit on skateboards, Izzy’s best friend, Tom Tom (Davies). He has his hair slicked back on top, with goofy strands sticking out of the sides as he gravitates toward Skinner as his hero. The comedy arises from Skinner’s frustration at having to deal with idiots, who frustrate his case by doing their crazy thing and mumbling sentences that don’t make sense.

The movie is made with loving affection for the odd characters and directed by the German Wim Wenders, who is no stranger to doing odd films. Mel Gibson along with U2’s Bono (he co-wrote the story) backed the film with money as its producers, with Gibson taking time-off his blockbuster film schedule to also star in this charming little murder mystery. It might appeal to a heady audience looking to have their funny bone tickled by something really silly. But it will probably not appeal to action fans of the star actor, who are in the market for a more structured and clear-cut work. Gibson might have taken this role to reach an audience he has never had before, or maybe because he was misguided. It worked for me, since I found myself laughing at these nutty hotel guests and didn’t mind that the film was more dependent on characterization than plot.

The crazies that standout are Geronimo (Smits), who believes he’s a tribal chief but who is really an art thief posing as an artist of tar paintings. Eloise (Jovovich) is someone who believes she doesn’t exist and is fiction and therefore she can’t die. She is the frail one Tom Tom loves, but he’s too crazy to find a way of reaching the bookish oddball who doesn’t mind getting raped since she can’t feel anything. Amanda Plummer, Gloria Stuart, Peter Stormare, Tom Bower, Bud Cort and Richard Edson play the lowlife hotel crazies who stir up chaos as Skinner investigates the crime. Stormare does a funny parody on John Lennon, as he’s obsessed with the Beatles–even having delusions that he’s one of their unrecognized members.

Wenders has an affection for his characters and for the seedy downtown part of LA as his cameraman, Phedeon Papamichael, paints a lovely valentine to eccentricity and an energized LA. The screenwriter, Nicholas Klein, has penned dialogue that allows the loonies to go bananas, which means you either liked or hated it. This film has very little theater box office potential, but as a video rental on a long winter night it should bring some warm laffs to the oddballs who rent it. 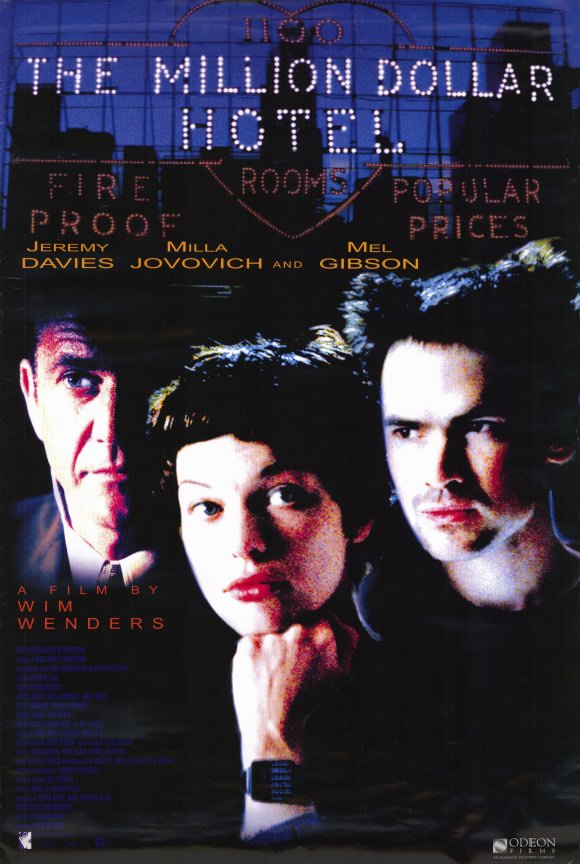