“A chilling offbeat nightmare film about the sinister nature of cult groups who recruit troubled girls.”

The debut feature for director-writer Sean Durkin is a chilling offbeat nightmare film about the sinister nature of cult groups who recruit troubled girls. The awkward title is derived from the heroine’s real name being Martha, her name at the cult farm as given by the leader is Marcy May, and any girl who answers the phone at the collective answers to the name Marlene.

In rural upstate New York a frightened teenager named Martha (Elizabeth Olsen) runs away from a hippie cult collective and seeks refuge with her recently married uptight pedantic older sister Lucy (Sarah Paulson) and her priggish yuppie British architect husband Ted (Hugh Dancy), who are NYC dwellers spending their summer holiday in a posh rental cottage by a Connecticut lake. Martha has disappeared for the last two years, and we learn about what she did through a series of flashbacks veering back and forth between her days with the cult and her current stay with her sister.

The cult group is into a back-to-nature trip and free-love. More women than men live on their Catskills farm, and are manipulated into following orders by their charismatic smooth-talking sinister guitar-playing leader Patrick (John Hawkes).

For some reason Lucy doesn’t pick up that sis is damaged goods and needs professional help, figuring after some rest Martha will recover. As the days pass Martha acts more and more confused, not able to tell if she’s still on the farm or with her sister.

Martha, in search of an identity, confuses Lucy by saying that she is “a teacher and a leader” and irks Ted by calling him out as a crass materialist. Ted is getting stressed-out about his guest’s bad behavior, calling her “fucking insane.” After a few unpleasant incidents, the bourgeois couple look for a place to unload their difficult guest–who is a lost soul nutcase, someone who was brainwashed into joining a dangerous Charles Manson-like cult and needs to be deprogrammed.

Olsen gives a delightfully delirious performance, that in its craziness tells you all you have to know about all the things the film mistakenly never gets around to telling us about the background story of the sisters and why Martha joined such an evil cult group. The only thing we know is why she left the cult and how psychologically troubled she is, as the film ends on an ominous note and we wonder how much of what she sees is real or imagined. 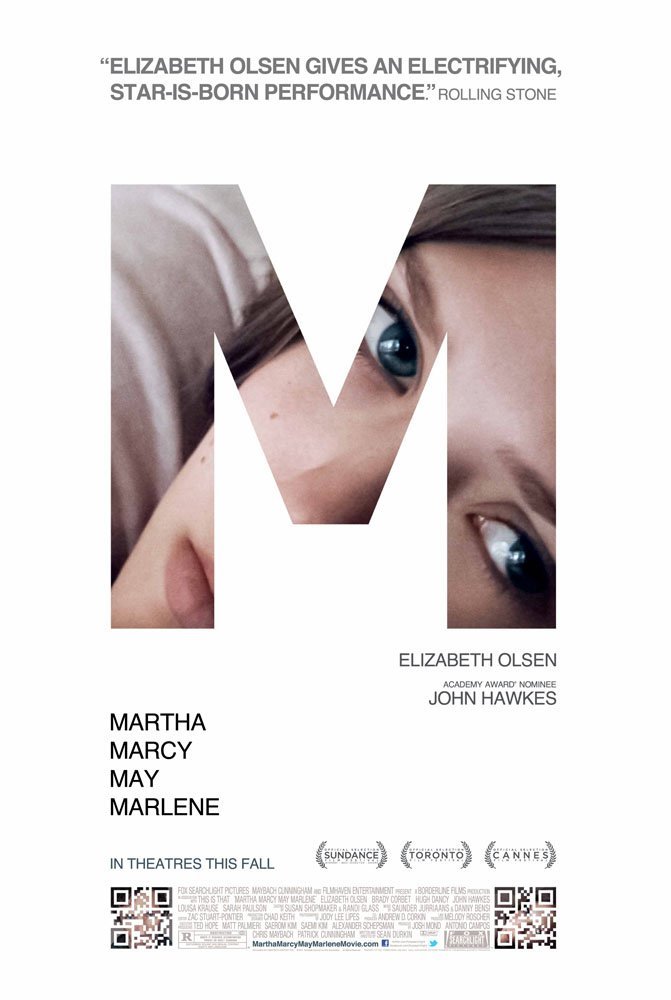