“Gets a poor treatment on screen.”

A disappointing black comedy directed by Otto Preminger(“Laura”/”Exodus”/”The Cardinal”). It’s based on the popular Broadway play by Claire Booth Luce, that gets a poor treatment on screen. It’s written by Lillie Hayworth and Sam Fuller.

The parody is set just prior to WW II. Karl Baumer (Otto Preminger), the sadistic monocled German consul, is stationed in New York. The consul’s wife Sophie Baumer (Joan Bennett) is locked into a loveless marriage, but stays married to the Nazi tyrant only to safeguard her father in Czechoslovakia and relatives in Germany. The consul’s assistant, Baron Max Von Alvenstor (Carl Esmond), takes the fall for his boss’s misuse of funds. Soon the consul turns up dead (he’s found poisoned, stabbed and shot). The Jewish policeman (Milton Berle) investigating the mysterious death calls it a suicide.

Preminger tells the story in flashback, from the POV of Berle, who is on a boat going overseas to fight at the onset of the war. Everything about the film is stagy and not suited for film. What makes things worse is Preminger’s heavy-handed direction. There are a few mild laughs, in a comedy that should have been funnier. 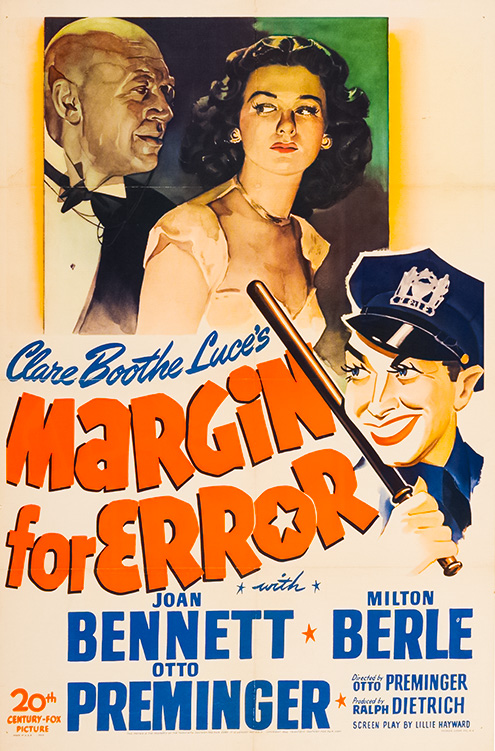