“Strikes a fine balance between quirky humor and poignancy.“

A unique and strangely understated psychological comic drama from the always interesting Paul Cox (“Lonely Hearts”), the Dutchman and former NYU Film School grad who has lived in Australia for a long time. This is another one of his ensemble productions that deals in an odd way at looking at his subject-matter, in this case a middle-aged man’s loneliness, and strikes a fine balance between quirky humor and poignancy.

The story revolves around suburban living art collector Charles Bremer (Norman Kaye), who pays $100 dollars to an attractive young artist’s model Lisa (Alyson Best) to come over every Wednesday to strip for him while in the background there is playing an aria from Donizetti’s “Lucia di Lammermoor.” Bremer uses his artistic skills as a means of channeling his repressed sexual desires, as his fear of sexuality has led him to withdraw from the real world into an aesthetic world–where he practices flower arrangement, takes sketching classes, and plays the organ at his neighborhood church. But Bremer’s still not quieted sexual drive leads him into a possible relationship with the stripper, but he’s troubled when he comes too involved in her chaotic private life. Bremer continues his sessions with his shrink (Ellis), that provides us with the info on his interior makeup and obsession with his dead mother.

It’s a well-conceived and intelligently provocative lyrical film about how fantasies can enrich our lives and how damning loneliness can be. Though not suited for everyone’s taste, it should suit the fans of the filmmaker. It handles the theme of loneliness as well as it ever has been handled on the screen. Like all Cox films, the classical music is stimulating. Noted German director Werner Herzog is in an unbilled cameo as Kaye’s father. 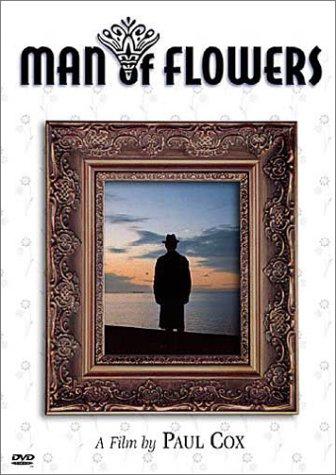