“A dim-witted exploitation 1950s high school drama about the pressure of joining an all-girl gang.”

A dim-witted exploitation 1950s high school drama about the pressure of joining an all-girl gang. Director Edward L. Bernds(“Joy Ride”/”Alaska Passage”/”Return of the Fly”) keeps the dumb AIP juvenile delinquent story as inane as possible. It gets revved up when it closes as a murder mystery. The uninspiring screenplay is by Mark and Jan Lowell.

Only child Joyce Martin (Yvonne Lime) transfers to a new suburban high school when her homebody mom (Viola Harris) and lawyer dad (Don Shelton) buy a new house. On her first school day, the Hellcats hostile gang leader Connie Harris (Jana Lund) confronts her and tells her to wear slacks to school tomorrow, like the Hellcats will, if she wants to join the gang. But Joyce is pranked, as no one else shows up in slacks. Since it’s against the school’s dress code, the chagrined Joyce cuts. At the coffee shop she meets the nice counter worker, Mike (Bret Halsey), who is an orphan and is working his way through night college. They begin a cautious romance, as he gives her good advice about staying clear of the gang. But Joyce doesn’t listen because she has a need to fit in.

The drama turns to a crime mystery when gang leader Connie is found dead in a locked house, apparently pushed down a flight of stairs after a wild party. Joyce confronts the crazed killer in an abandoned movie theater, the gang’s secret meeting place. Things work out and Joyce begins to seriously date the stable Mike.

It’s a bad film that makes for a less than scintillating watch. 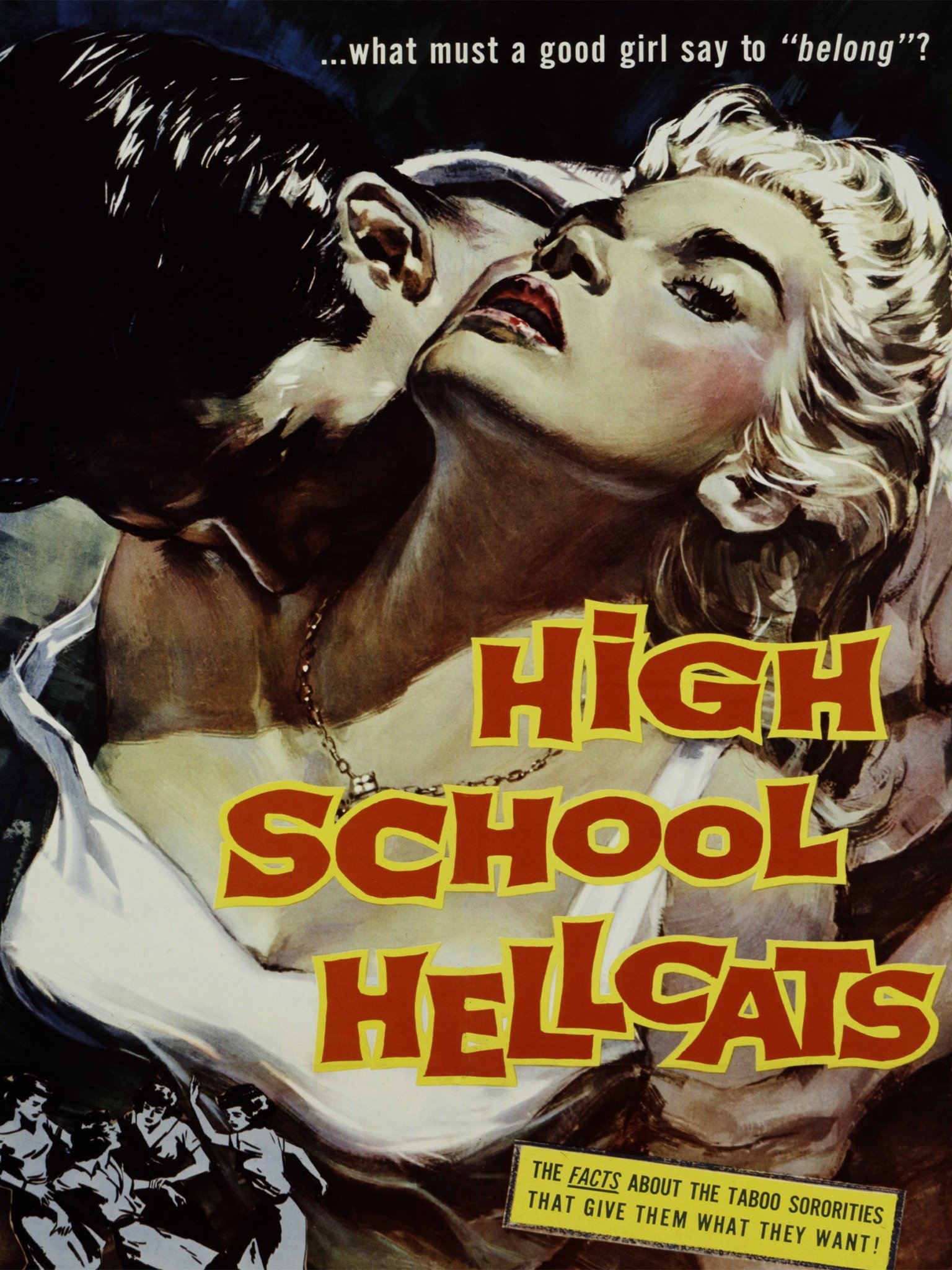