MAN IN THE CHAIR

A modest budgeted comedy-drama about learning life lessons that is sentimentally written and directed by Michael Schroeder (“Out of the Dark”/”The Glass Cage”/”Cover Me”). It’s an all too familiar superficial sitcom feel-good story about outcasts–an old foul-mouthed geezer and a spunky teenager–bonding to teach each other the things they need to know to get out of their rut; it also offers an abundance of bogus nostalgia for the good old days of Hollywood. It’s bearable only because of the presence of Christopher Plummer, but he can’t overcome the sappy script even if he’s fully into playing his colorful character to the hilt–though he at least keeps the film from completely imploding.

In the affluent part of Los Angeles, Cameron Kincaid (Michael Angarano) roams around on his bike as a rebellious 17-year-old high-school geek, movie buff and troubled youngster who boosts cars. He’s bored with school and fed up with rich school bullies like Brett Raven (Taber Schroeder), and tries to escape from his unhappy comfortable middle-class home life with his doting but perplexed mom (Mimi Kennedy) and his mean-spirited stepfather (Mitch Pileggi) by becoming a movie director. His room is filled with movie posters such as “8 1/2,” but when he talks film he seems shallow and not able to say more than things like “cool.” In any case, his otherwise solid parents offer him no encouragement in his ambition. In his high school, he enters a student contest to win a scholarship to film school for making a short film. His main competition is Raven, who has the best equipment given to him by his well-known Hollywood producer father and rides Cameron that he’s a deadbeat loser without connections or money. Well, you know those are fighting words if you saw “Rebel Without A Cause” or any number of lesser Hollywood teen flicks.

While catching Orson Welles’ Touch of Evil in a local revival house theater, Cameron encounters a derelict-looking grumpy old fart named Flash Madden (Christopher Plummer) who annoys the other patrons by loudly making comments to the screen such as telling Orson to get the marbles out of his mouth and yelling out in bemusement that Charlton Heston is cast as a Mexican cop and further saying “You never could act in pants, Chuckles.” The intrigued youngster follows the drunken old fart around town and is shocked to find that the hostile old bum turns out to be Flash Madden, a former Hollywood studio gaffer who is the last surviving crew member of Citizen Kane (where Orson gave him his nickname). Flash is currently living in a motion picture retirement hospital, and is visited by the kid. The aggressive kid is rebuffed at first trying to get the old fart’s help in making the movie, but after enduring endless insults he gets his help for some cigars and a bottle of Wild Turkey.

When this corny plot line is set in stone and the kid goes on to make a film about nursing home abuse with money raised through Flash’s producer enemy acquaintance (Robert Wagner) and creative help from Flash’s kindly aged movie veteran friends in the nursing home, the self-congratulatory film becomes a preachy shrill pedantic lecture on such various things as how terrible the movie industry treats its creative people by forgetting about them, how the old are rejected by their families and made to feel useless, how Nietzsche spouts more bullshit than truth, how pet euthanasia is a cruel treatment because dogs are man’s best friends and should never be made to feel useless or put down, how teens are misunderstood by their parents and have no one to talk to that can help, and many other tired weepy general statements that are touched upon in the surface way this dull film treats everything it touches.

The one thing this film got right was when one of its characters said “It doesn’t take talent to make a movie in Hollywood.” This film is further evidence of that truth. 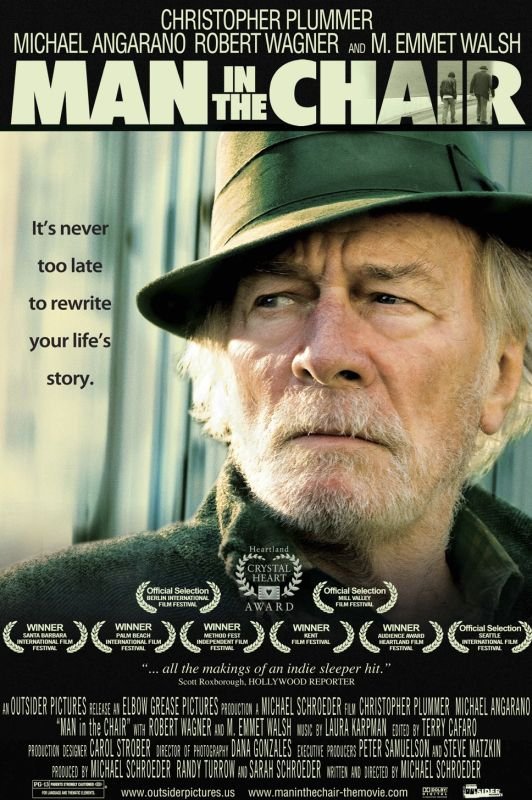