Carl Theodor Dreyer’s third feature is of all things a comedy. This seems out of character for the very somber-minded dramatist, but he shows a very delicate touch to present a touching comedy of manners that has a heart and hinges on a moral. It’s based on the story by Norwegian reformist clergyman Kristofer Janson and is set in a 17th-century rural small Norwegian town. Keeping with Dreyer’s essential filming technique of maintaining reality, he shoots it in the Maihaugen Museum in Lillehammer, Norway, where as part of their exhibit they have preserved the 17th-century farm homes and their furnishings. Dreyer was one of the first filmmakers to go out of the studio and shoot in the actual locations. The film has a beautiful feel for the period, as it gives one the feeling they were transported back to a different age.

The impoverished divinity student graduate Söfren (Einar Röd) and Mari (Greta Almroth) are an engaged couple but can’t marry, according to her father, unless Söfren gets appointed as a parson (indicating how rough things were economically at the time). Söfren, along with two other candidates, applies for the job in a rural Norwegian village where the pastor recently passed away, and gets the job over his two more sophisticated but unfeeling candidates by giving a more inspired modern sermon. The catch is he can only have the post if he, according to custom, marries the parson’s widow. The widow, Dame Margarete Pedersdotter (Hildur Carlberg), is old enough to be his grandmother, and has already laid to rest three other husbands. Margarete is also rumored to be a witch. She insists on going through with the marriage because she loves living in the parsonage, and when she meets with Söfren she puts a spell on the herrings she serves him for breakfast and he proposes. He then passes his girlfriend Mari off as his sister and has her move into the parsonage. Söfren tries to reassure Mari that Margarete will soon die and he’ll then take over the parsonage and marry her.

Margarete shows Söfren she’s the master of the house and lets him only take care of his church duties of giving sermons and prayers while she runs things alone in the parsonage. Margarete also keeps the lovers apart, sometimes by means of black magic, despite Söfren coming up with many stupid tricks to be with Mari. It’s only when Mari takes a fall and breaks her thigh-bone that things suddenly take a change for the better, as Margarete tenderly nurses her back to health and in appreciation Söfren fesses up that Mari is really his love interest. Margarete tells how she also was in the same position when her love had to marry the parson’s widow and it wasn’t until five years later when the widow died could she marry her first husband.

Carl Theodor Dreyer creates a humorous and poignant satire on the sometimes ridiculous constraints society places on individuals. It ranges in covering the obstacles faced in confronting one’s life cycle to the moral obligations of being true to one’s own innermost heartfelt desires, and has a certain potency in its beguiling storytelling that seems as magical as a fairytale. 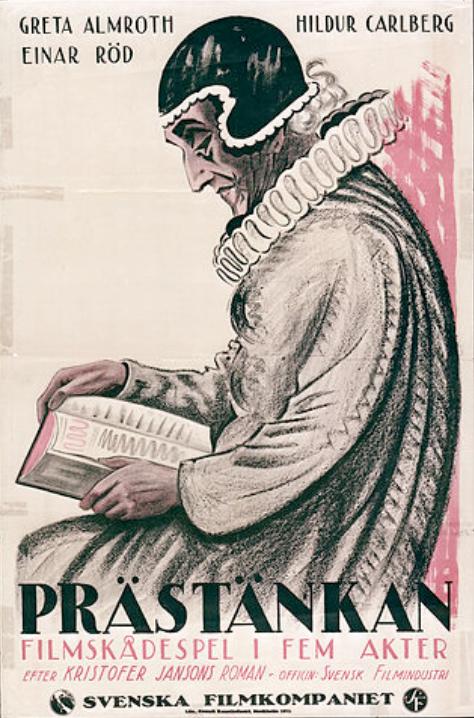 RETURN OF THE CISCO KID