A grim Cold War film set in the wintry snow-covered rubble-strewn, postwar Berlin. Director Carol Reed (“Odd Man Out”/”The Fallen Idol”/”The Key”) follows the same narrative arc as his The Third Man (1949), but though the atmosphere captures those eerie times of a divided Berlin it all seems flat. It’s based on the novel “Susanne in Berlin” by Walter Ebert and the screenplay is by Harry Kurnitz. Reed gets the most out of the undeveloped story, all things considered. During the shoot political conditions made the film crew return from location to complete it in the studio.

By mistake Suzanne is kidnapped by Halendar, an East Berlin racketeer whom Ivo works for, who intended to kidnap Bettina as a way of trapping Olaf Kastner (Ernst Schroeder) into making a futile rescue mission. Olaf is the Aussie officer, who speaks a fluent German and has helped many East German refugees cross the checkpoint into the West, and his capture would put Halendar in the good graces of the East Berlin secret police.

Later on we learn that the black marketeer Ivo is being blackmailed by Halendar to work with him and that Bettina was once Ivo’s wife, but the once promising lawyer vanished in 1943 when caught up in the German war machine and was declared dead–only to startle Bettina by recently turning up in Berlin.

The exciting climax has the doomed Ivo, with the help of an East Berlin schoolboy (Dieter Krause) on a bicycle as a lookout, smuggle Suzanne to safety in the West in an act of self-sacrifice. 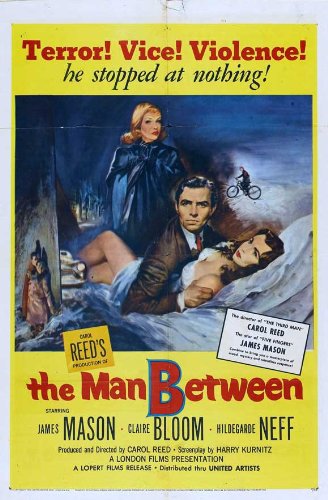