“It’s a pic that could have been real bad if the actors didn’t give it a heart and a measure of sincerity.”

First-time director Alex Kurtzman helms this family dramedy, a limited soap opera story which was supposedly inspired by true events of the director’s life. It’s written byKurtzman,Roberto Orci and Jody Lambert. It offers a cautionary moralistic story about a liar learning by the film’s conclusion he can be better than that.

The trusted family lawyer (Philip Baker Hall) in secret hands the startled Sam a shaving kit with $150,000 and tells him his dad wants him to give the money to a half-sister he was unaware existed. The twenty-something Sam is tempted to keep the money but tracks down his thirty-year-old sibling Frankie (Elizabeth Banks) and discovers she’s a single mom with an attention-needing shaggy-haired adolescent son (Michael Hall D’Addario), works as a bartender, and is a recovering addict and alcoholic in an AA group. When Hannah returns to NY, Sam becomes involved with Frankie and she’s puzzled when he doesn’t make a play for her and flips out when she finally learns he’s her half-brother.

It starts off with a bang, but the middle part drags on forever and the third act settles everything as expected–something that could have easily been accomplished in a shorter time frame. By the conclusion it turns into a familiar soap opera story about overcoming past problems, getting over bad feelings about an absentee dad and learning life lessons. Great credit must be given to the thesps for making this slight story that gets stuck in sentimentality seemingly hold up to scrutiny. It’s a pic that could have been real bad if the actors didn’t give it a heart and a measure of sincerity. 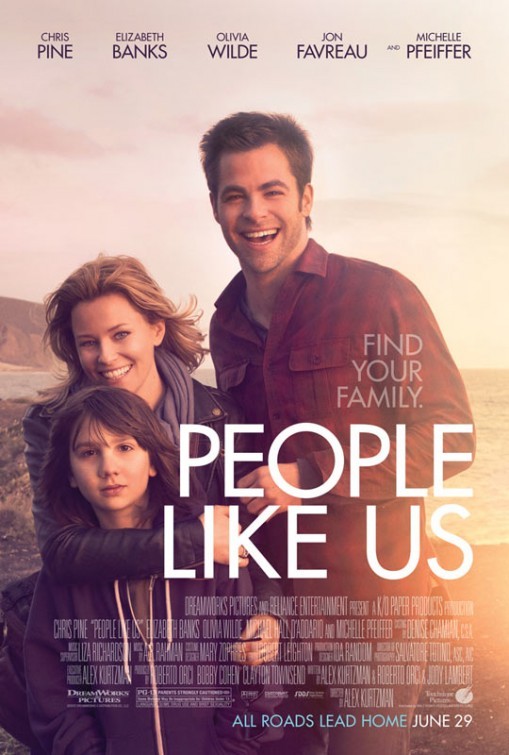