A film looking for its own identity that was made as a labor of love. It is currently playing the film festival circuit and seems like it should be a documentary. It’s about the homeless and their dreams and is the first directing work by actor Billy Wirth, which took five years to get it off the ground. Northwest of downtown Los Angeles sits MacArthur Park. First developed at the turn of the century as a vacation spot for the wealthy, the Park now houses a subculture of drug addicts, gangs, and derelicts. After the film’s completion, the park was subject to a city clean-up campaign and corrupt police were exposed as planting drugs on gang members to gain arrests. Wirth took his crew and shot in Super 16, and while there learned from a lady in the park that a prisoner wrote a script in pencil while in jail about his experiences living as a homeless park person. The script was found in the mattress of a crack house, and the author Tyrone Atkins got a chance to have his true story put to film. Atkins was a former playwright and casting agent who fell upon bad times because of his crack addiction. When he got out of prison, he acted as a consultant for the film while still living in the park. But this time he helped some of those still stuck there get their act together.

The actual shooting of the film took 22 days. The film is one-part gritty urban social realism and another part art-house chic, which leaves a limited audience for a film that is dramatically flawed but bursts through at times with raw power. Its best chance for a release is if the Sundance channel buys it (as rumored), as a home audience seems to be the best spot for this type of noncommercial film. The film successfully gives its characters a heart, but their story is too depressing and there’s more gab than action to please a youth audience that knows the music and would be a likely target audience. The actors are either non-professional street people (they don’t have speaking parts) or actors recognizable as celebs from the hip-hop scene.

The film centers around longtime park denizen Cody (Thomas Jefferson Byrd), a former jazz trumpet player with an alcohol problem, who one day left his wife and kid for good. He lives in the park, smokes crack whenever, drinks liquor from a bottle in a paper bag, and likes to hang with the less dangerous park transients to shoot the breeze and work petty schemes (he mixes bad stuff in with the good) as a middleman for the heavy hitter gang drug dealers. He’s respected as the elder statesman of the park, and as someone who never speaks about his past. The lives of everyone in the park is in constant turmoil and they all still have dreams of wealth which is stimulated by their blissful crack highs.

What prevails amidst all the violence and chaos, is that the homeless are still dreamers. Cody attaches himself to rapper P-Air and his dream to break into the music business to escape the park, as Cody will act as his manager if things work out. Freddie (B-Real of the rap crew Cypress Hill) is the vicious Latino gang leader and crack dealer who controls the park. E-Max (Sticky Fingaz) is a nasty pimp, who hits on first-time runaway to the park Rose (Tami Anderson, Sidney Poitier’s daughter) and treats her badly after getting her high on crack and taking her to bed. PT (Deary) is someone who hallucinates and is out of his mind. Blue (Cleghorne) is a lady who can handle herself but is hopelessly stuck as a park lifer, but she good-heartedly acts to take the naive Rose under her wings and gets her to take the bus back to her hometown. Blackie (Miguel Nunez) scores a big crack deal with a white TV actor (Balthazar) who comes down in a stretch limo to score drugs and gets surprised when the actor comes after him to even the score after Blackie ripped him off. Kelly (Petty) is a white crackhead who is spaced out and fits into the black homeless scene without a problem. It helps that she’s also brainless. St Louis (Carlton Wilborn) plays a zany crack addict who is in perpetual motion while remaining clueless.

The large ensemble cast each have a story to tell; but, the main story is about Cody’s teenage son Terry (Brandon Adams) coming down to the park to tell the father he doesn’t know anymore, and that mom died and he needs him to sign over his share of the house to him. What he wants is a real father who can love and protect him. The straight and sad-eyed Terry can’t cope with his father’s fall and the story revolves around them getting back together, that is after one last hustle will give the guilt-ridden Cody the ticket out.

When the film sticks to its initial gritty story it’s fine but when it adds overwrought emotional scenes to a film that is top-heavy with characters and stories, it loses its sense of purpose as it gets too involved with fringe stories that seem tacked on. The crazed TV actor story and the nasty pimp story took away time from getting a better understanding of why Cody and his homeless friends would choose to live in the park. It’s a film that has a very compelling performance by Byrd, who holds one’s attention whenever he’s on screen. He’s the main reason to see the film. But not all the performances are that captivating and the unevenness of the film and its sugarcoated pat ending signaling redemption for a few — left me wondering what am I supposed to make out of viewing this urban violence and the drug use of the homeless. Is this the fault of society? Do individuals have to take responsibility for their own lives? What does the flashy hip-hop soundtrack in the background signal to the youth who are influenced by its sounds? The filmmaker seems to be saying that all these things have to come together, and that society should not be too harsh on these homeless individuals. I just felt the dramatics seemed fake and were made to overwhelm the viewer rather than to really get at the problem. When the film at times had a natural feel to it, then it seemed to be moving in the right direction. But when it determined that it had to tell an over-the-top dramatic story to be effective, it overreached itself and sold its own true story short. 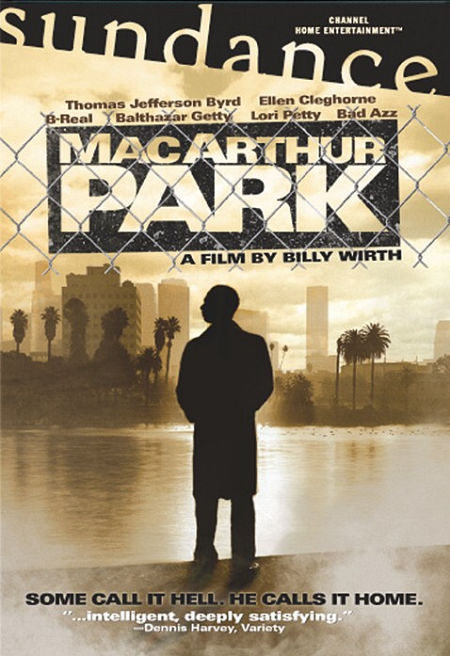