Mawkish family Western set just after the Civil War, that tells of a widowed Confederate veteran from Atlanta, John Chandler (Alan Ladd), who travels to the Midwest to look for a doctor to cure his eleven-year-old son David (David Ladd, the real-son of Alan) of being mute. The boy was traumatized a year ago, during the war, witnessing his mother die in a house fire. Director Michael Curtiz (“Casablanca”/”Mildred Pierce”/”The Breaking Point”) keeps it free of surprises and dull. Though cinematographer Ted McCord does a great job in photographing the location shots, the film’s best feature. It’s based on the story Journey of Linnett Moore by James Edward Grant. The screenplay is by Joseph Petracca and Lillie Hayward.

In Aberdeen, Illinois, the kindly Dr. Enos Davis (Cecil Kellaway), after a five minute examination looking down the boy’s throat, says it’s probably psychological and recommends his friend in Rochester, Minnesota, at the Mayo Clinic, to have a look at it and if needed operate. The hopeful dad sells his family heirlooms to get money for the horseback trip to Minnesota, but first has his sheep dog clear the main street of the sheep from the Burleigh ranch. The nasty Burleigh brothers, Tom and Jeb (Thomas Pittman & Dean Stanton), repay the favor by later trying to steal the dog. John brawls with the punks and beats them until their cruel father Harry (Dean Jagger) knocks him cold from behind with his pistol handle and pours whiskey over him. The sheriff arrests the Reb for disturbing the peace on word of the lying Burleighs, while the distraught kid is befriended by the buckboard riding spinster farmer Linnett Moore (Olivia de Havilland). She lives alone on her struggling farm and her enemy is her sheep rancher neighbor Burleigh, who is trying to get her property. So when the biased judge (Henry Hull) sentences the Reb to a fine of thirty-dollars or thirty days in the slammer, Linnett pays the fine and has the Chandlers stay at her place while the good dad works off his debt.

Things move along predictably and in a heavy-handed manner as John helps Linnett keep the sheep off her property, the Burleighs from intimidating her and rebuilds the rundown farm. A cautious romance builds between the two lonely souls. As one might guess in such a banal pic, an ill-attempt to rework Shane is afoot, a shocking scene has David regain his voice and the vile land-grabber has his comeuppance. 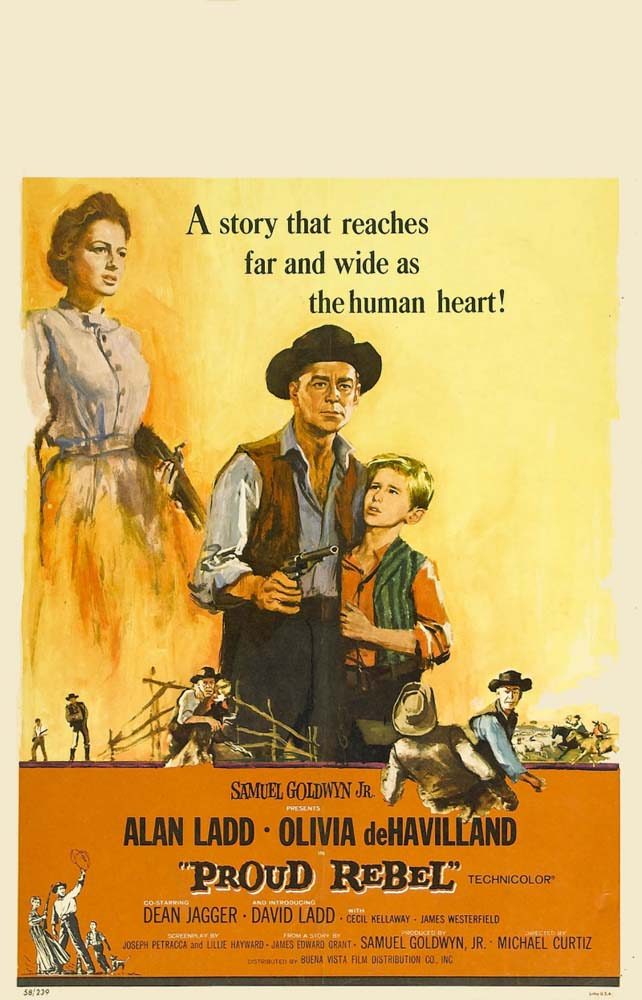