It would be hard to make a pic worse than this one. It’s based on the novel The King of Wretched Cinema by Ed Wood Jr., who writes the screenplay. DirectorA.C. Stephendoes justice to Wood’s zombie piece de resistance by keeping it crass, tedious, amateurish and ridiculous.

Hack horror story writer Bob (William Bates), to get inspiration to write a book on necrophiliacs, takes his new squeeze Shirley (Pat Barringer) for a night visit to a cemetery. They crash and believe they’ve landed in the nighttime ghoulish netherworld, where the evil Emperor of Darkness (Criswell) and his Black Ghoul assistant (Fawn Silver) dish out eternal punishments to sinners. While the couple is tied to cemetery stone posts, a series of busty ladies dance exposing their titties and some are tortured for the pleasure of the Master and his assistant. All the dancers are L.A. strippers.

Before the couple meet their fate, they awaken at dawn from their unconscious state and realize it was only a dream as they are placed in an ambulance.

If the campy bits were only funny and easy to laugh at, you might not mind how torturous it was sitting through such dreck. 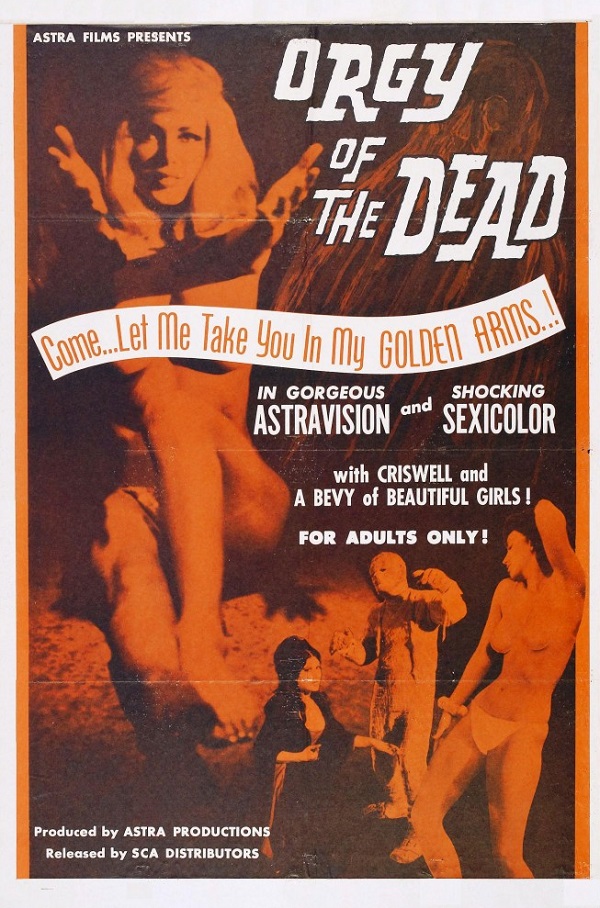