It’s narrated with passion by Shirley MacLaine, directed in an informative way by Hugh Munro Neely and written by Brooks’ biographer Barry Paris. A quote from Brooks might best sum up her volatile personality: “I have a gift for enraging people, but if I ever bore you, it will be with a knife.” The brilliant but self-destructive actress from Kansas (born in 1906 and died in 1985) in her brief Hollywood career reached fame mainly because she made two of the most controversial films of all time in Germany with director G.W. Pabst, “Pandora’s Box” and “Diary of a Lost Girl,” and her great performances in them are still remembered. In Pandora’s Box she played the sexually active but innocent at heart Lulu who will fall in disgrace; it’s the assertion by the filmmaker that she was Lulu in real life (which may or may not be true). The straightforward documentary includes a laundry list of biographical info, rare film clips from most of her films (none from “Diary of a Lost Girl”), interesting family and historical photographs and an interview with the outspoken Brooks which was filmed in 1976.

This loving documentary paints a picture of a child growing up in a privileged upper-middle-class lawyer’s house that encouraged her to read, dance and soak in culture. But there was a molestation by a neighbor when she was 9 that left a deep psychological scar, and was made even worse because her cultured mother blamed her. As a teen she danced with Ruth St. Denis’ company, when fired for sporting a superior attitude she fled to New York to be in “George White Scandals” and the “Ziegfeld Follies. She enjoyed life as a fun loving ‘flapper girl’ in the 1920s, and the beauty was easily recognizable through her distinctive black cropped “helmet” hairstyle. During this period she dated such luminaries as William Paley, Charlie Chaplin and studio executive Walter Wanger, who led the way for her to break in as an actress for Paramount when she was only 18. After many bit parts she was proud of her first dramatic part in the 1928 “Beggars of Life” and went on to be in the first detective Hollywood silent called “The Canary Murder Case.” She then went to Germany to make the two best films she ever made and a lesser third film–a musical in Paris– called “Prix de Beauté.” Returning to Hollywood refusing to be under Pabst’s tutelage for more German films, she found that “The Canary Murder Case” was being reworked as a talkie. But she disliked Hollywood so much that she refused to do the dubbing. Paramount fired her and had her blackballed, and she never got a good part again. Her last film was in a 1938 B-western that starred the up-and-coming superstar John Wayne entitled “Overland Stage Raiders.” In the 1940s she struggled with an alcohol problem, depression and no longer being recognized by Hollywood or the public. In the mid-1950s James Card, curator of the George Eastman House archive in Rochester, befriended her and she stayed there for the last twenty years of her life and wrote her memoirs Lulu in Hollywood. She was briefly married from 1926 to 1928 to director Edward Sutherland, who filmed her with star W.C. Fields in the 1925 “It’s the Old Army Game.”

It’s a good film for those who want to acquaint themselves with an unusual Hollywood figure, who experienced early success and went into a major decline until resurrected from oblivion by Card and was generously supported with an annual stipend for the rest of her life by Paley (then the head of CBS) who felt sorry for someone he knew only briefly from the past. His generosity probably saved her from suicide. Brooks now has a loyal cult following and perhaps suffers from being overpraised for those two German films. What the documentary didn’t deliver was in telling how much of an effect that early rape had on her life. She seems to have many of the usual symptoms of child abuse victims who go untreated. 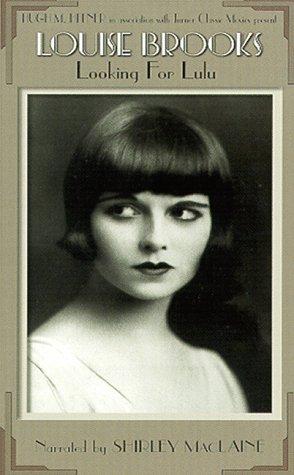