An excellent children’s pic, for others the contrived melodrama might at best only be bearable. It’s a remake of the silent 1914 and 1921 versions. It’s adapted by Hugh Walpole from the 1886 novel by Frances Hodgson Burnett. Director John Cromwell (“Algiers”/”Spitfire”/”The Racket”) keeps it prissy and sentimental, yet it’s well-executed.

When the Englishman Captain Errol dies sometime in the 1880s, his American widow (Dolores Costello Barrymore, divorced from John Barrymore) and young son Ceddie (Freddie Bartholomew) live frugally in Brooklyn but are quite content with their lot in life. The kid charmingly calls his mom Dearest, just like dad used to. When Ceddie turns nine, the lawyer Havisham (Henry Stephenson) shows up from England to tell the family Ceddie’s grandfather, the Earl of Dorincourt (C. Aubrey Smith), who had denounced his son for marrying an American, is now calling Ceddie to England to take the title Lord Fauntleroy, the earl’s successor. The polite kid leaves his rough neighborhood, where the bullies picked on him because he acted like a wus. The kid misses shoeshine boy Dick Tifton (Mickey Rooney), his protector; the kindly noble hating earthy Yankee grocer Hobbs (Guy Kibbee), who treated him like a son; and the poor elderly applewoman (Jessie Ralph). Before leaving, he uses his gramp’s dough to leave them all heartfelt gifts.

When the kid arrives in Erlesboror, he learns that his mother will not be allowed to live with him at the castle but will have a home with servants provided nearby. Soon the sweet kid melts the old buzzard’s cold heart and he becomes fond of the kid, and even overcomes his dislike of Americans to warm up to Dearest. But then Havisham informs him that the sleazy lawyer Joshua Snade (Walter Kingsford), representing the presumed Lady Fauntleroy (Helen Flint), a fortune-hunting woman who claims to have married the earl’s deceased eldest son and now claims the earl’s title for her own son Tom. It turns out Lady Fauntleroy is the wife of Dick’s brother Ben and her name is Minna, and the crooked lawyer forged the birth certificate as Tom is the son Minna had with Ben and is not dead as she told her hubby. The happy ending has the earl giving Minna the boot and Ceddie celebrating his 10th birthday at the castle with mom, gramps and his old American friends who came to his rescue in the nick of time. 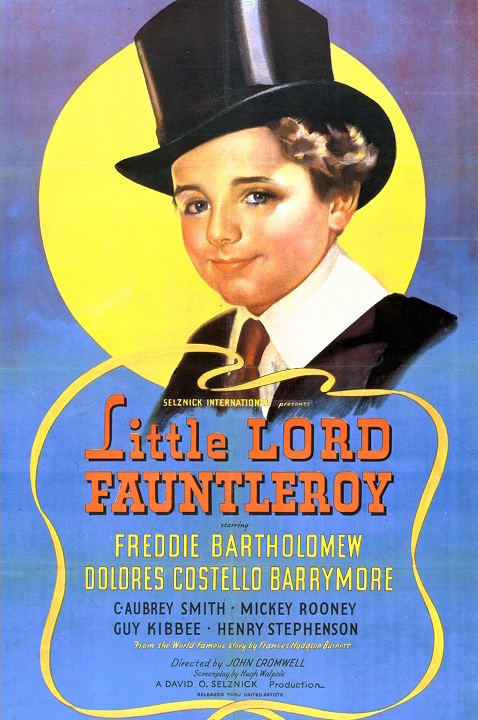