“Moving but grim meditation on death.”

Renown Polish filmmaker Krzysztof Zanussi (“Persona non grata”/”Balance”/”Year of the Quiet Sun“) writes and directs this moving but grim meditation on death. Though filled with droll humor and a rational view of dying, the simplistic told story is heavy going. It revolves around a humanistic doctor’s confrontation with his own terminal cancer and his sudden questioning of what life means from his new perspective. Its title was lifted from graffiti on a wall near the director’s home.

It opens with a French movie, set in the Middle Ages, being shot in the Polish countryside outside of Warsaw, that shows a horse thief saved from hanging by a priest who is allowed to bring him back to his monastery until the thief learns to accept death as the path to eternal life and then is brought back to the gallows to face his punishment. When an accident occurs on the set, the film is halted and the movie’s unit doctor, Dr. Tomasz Berg (Zbigniew Zapasiewicz), treats the wounded crew member and makes the acquaintance of the young unmarried couple, Filip (Pawel Okraska), a medical student serving as an extra, and the costume girl, Hanka (Monika Krzywkowska).

Back in Warsaw, Tomasz learns he has stomach cancer and his only slim hope is an expensive experimental operation in Paris. Opting to try and get the French treatment means he must try and raise funds any way he can. As a last resort he contacts his remarried ex-wife Anna (Krystyna Janda), and must humble himself to almost beg for the money while her money-obsessed nouveau-riche second husband (Szymon Bobrowski) looks on with scorn. After receiving a check for the operation while meeting in a public restaurant, Tomasz when back in Paris is told because his condition worsened they can’t operate.

While bedridden in a Warsaw hospital on a deathwatch, Tomasz contemplates what his dying means and welcomes the visits of the young couple he met on the movie set. The lonely man decides to leave them his apartment and assets, as he hopes they find the love together that eluded him.

It’s an assured drama and the dignified doctor is worthy of our respect, however it’s thanks toZapasiewicz’s engrossing performance that the pic has some energy. 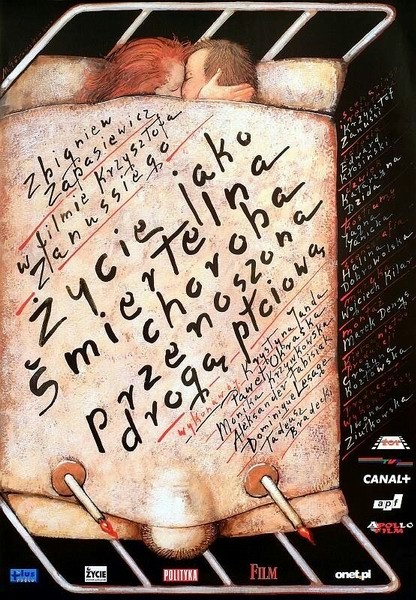 BACK DOOR TO HELL

BALZAC AND THE LITTLE CHINESE SEAMSTRESS