“Worth seeing for all the memories of cultural changes it evokes.”

This is a follow up to my review of the original film made in 1993. The director’s cut was made in 2004 and released in 2007; it offers 6 hours of extras not found in the original and includes a bunch of personal interviews from the likes of Baez, Burroughs, Brakhage, Ferlinghetti, Glass and others; it also adds scenes from Allen’s last three days on Earth as a spirit, which is by Jonas Mekas.

It’s a straightforward linear biopic about the transformation of noted American poet Allen Ginsberg from a conforming nice Jewish boy to a significant leadership role in the protest movements of the last half of the 20th century. It should please alike fans and newcomers to the poet.

Allen was born in Newark, New Jersey, in 1926, to Russian immigrant parents escaping from the pogroms. Jerry Aronson’s documentary, in part in b/w and in part color, does itself justice by capturing the bard through family snapshots, talking-head interviews and archive footage of his poetry readings. It’s more informative than provocative, but worth seeing for all the memories of cultural changes it evokes. Allen died in 1998, so the film leaves off at the point where he seemed more mellow and was teaching at Brooklyn College and concerned with his physical state of being.

Allen emerged through the decades of the 1950s and onward as an easily recognized and accepted icon for those of the counterculture movement alienated from the system. He was a colorful character, noted for his generosity and seriousness to the cause of world peace. The film opens with him reading a poem summing up his philosophy that “the weight of the world is love.”

In the 1940s Allen was shy and in the closet about his homosexuality. While at Columbia he met Jack Kerouac and William Burroughs, and opened up to them about his repressed feelings. He felt comfortable to tell Kerouac he was gay, which is the first time he let that be known. Their “dharma bums” friendship was chronicled by Kerouac, as the Beat literary scene was introduced by them to the world. Allen’s father was a respected high school teacher and minor poet, while mom Naomi was a paranoid who ended up in a mental institution during Allen’s formative childhood years. Her mental illness left Allen caught in her sufferings, something that became a part of his own personality and gave him an added need to work for a more gentle world.

In the 1950s Allen became liberated and broke away from his childhood middle-class conformity by becoming a bohemian character and hanging out with such Beat luminaries as Kerouac, Burroughs, Hunke, and Cassady. He wrote during this time his two most well-known poems “Howl” and “Kaddish.” With the Vietnam War in the ’60s, he became a more peaceful symbol of political protest against the war, as he became an activist and a kindly father figure of the hippies and the children of “flower power.” Allen became a cosmic public defender, fighting to save the universe from being torn apart by strife. At this time he was taking psychedelic drugs, but in his meeting with Timothy Leary he cautioned that the drugs should be used for spiritual growth. The 28-year-old Allen also met the 21-year-old handsome artist Peter Orlovsky, and they became longtime lovers. During the bloody 1968 Democratic Convention, Allen was a voice of calm chanting Buddhist mantras in Grant Park to the more peaceful demonstrators. In 1970 Allen accidentally met the Tibetan lama Chögyam Trungpa on a NYC street and joined the lama’s Naropa Institute in Boulder, Colorado, teaching poetry. It was a spontaneous poetry, where “first thought is best thought.”

The death of his beloved father Louis in 1976 left him saddened, but he was inspired to write a moving poem, “Father’s Death,” dedicated to his father as he took the jet back from Boulder to attend the funeral in New Jersey. In the ’80s and ’90s the poet continued to be a voice of social protest against the nuclear buildup and the de-humanization of the world.

On a personal note, I got to know Allen somewhat and know first-hand what a generous and compassionate person he really was. I have never heard anyone who knew him say that he wasn’t a kind person. In the many poetry readings I attended of Allen’s, there was always a magical quality in those readings that was inspiring. The documentary was satisfying in recounting some of the major events in his life and presented a good account of Ginsberg’s many accomplishments; it does itself most proud when it shows Allen reading from his poems. Due to time constraints it, through no fault of its own, nevertheless left out much of Allen’s controversies and also his love for the poets William Blake, Walt Whitman, and William Carlos Williams.

This film is a must see for Allen’s fans and for newcomers to the bard, who want to get caught up on his personal life and take in his powerful poetry readings. It brought back wonderful memories of Allen, someone who is truly missed for his love, generosity, poetry and intellectual honesty. As filmmaker Brakhage reminds us in his interview, Allen was fond of quoting Tennesseee Williams’ “Nothing human disgusts me, except deliberate cruelty.” 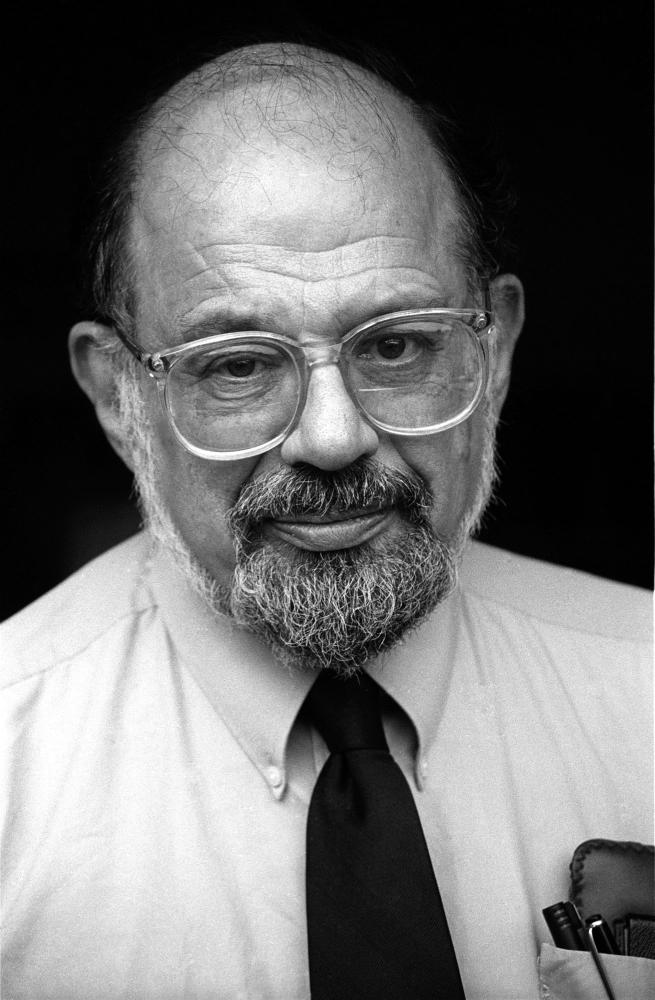