IF BEALE STREET COULD TALK

“A faithful and lyrical adaptation of the black author and political activist James Baldwin’s 1974 novel.”

Black director Barry Jenkins (“Moonlight”) directs and writes a faithful and lyrical adaptation of the black author and political activist James Baldwin’s 1974 novel, managing to get in all the author’s rage, hope and love for the world.

It’s set in Harlem in the 1970s. The American romantic drama follows a sweet 19-year-old African-American woman, Tish (KiKi Layne), who, with her family’s support, seeks to clear the name of her wrongly charged 22-year-old fiancé Fonny (Stephan James), and prove his innocence before the birth of their first child. Fonny is a Harlem aspiring sculptor framed by the racist white cop (Ed Skrein) for raping a Puerto Rican woman (Emily Rios) in her East Side apartment. The woman vic never mentions that Fonny didn’t rape her, and as a result he’s sent to prison. Coming to the support of Fonny is her family, that includes her steadfast mother Sharon (Regina King), her loving father Joseph (Colman Domingo) and her outspoken older sister Ernestine (Teyonah Parris).

Meanwhile Fonny’s hostile mom (Aunjanue Ellis), a holy-roller, blames Tish for her son’s troubles. These complaints are also said by his sisters (Ebony Obsidian and Dominique Thorne). Only Fonny’s dad ((Michael Beach) offers his support. The visit by Fonny’s family to Tish’s family, where she announces her pregnancy is one of the better ones in the family drama. On a prison visit Tish says in a voiceover “I hope that nobody has ever had to look at anybody they love through glass.” Using flashbacks, we follow the childhood romance of the innocent couple and many examples of the racism in their daily life that becomes the black experience for most blacks. The film’s other powerful scene has Fonny’s good friend, Daniel (Brian Tyree Henry), just out of jail on a bogus charge, tell Fonny in a quiet rage of how he was de-humanized in prison and exclaims: “The white man has got to be the devil, he sure ain’t a man.” The blues and jazz from New Orlean’s Beale Street is never viewed on screen but is noted with this quote “Every black person born in America was born on Beale Street.”

The humanistic heartbreaking film effectively cries out gently for sensitivity and justice in race relations. The impressive cast nail their performances in this emotionally moving film credibly telling of the black man’s dignity being removed by the racist establishment and how racism is a poison spread across society. It’s a heavyweight film that makes an impact by calling out the broken system. 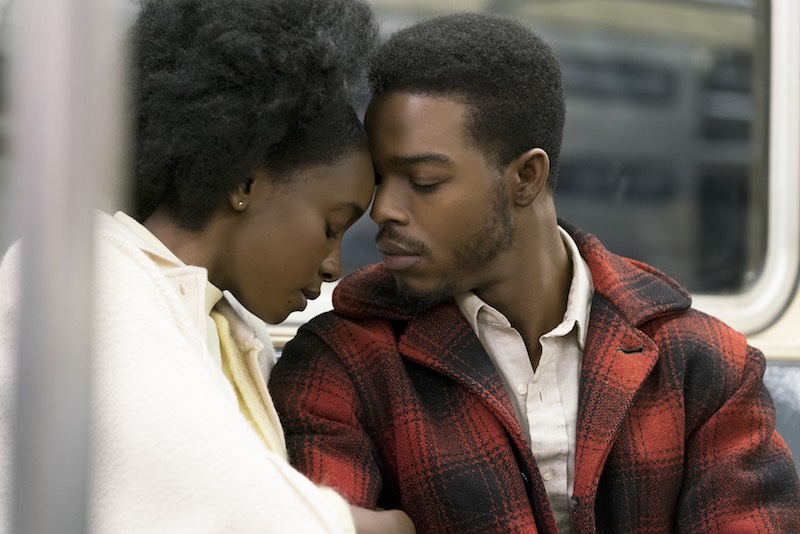 WAGES OF FEAR, THE

SCENT OF GREEN PAPAYA, THE