“Story thrives on how realistic, unsentimental, bleak and penetrating it is.”

It’s the kind of realistic social problem film where the ring of a cell phone is heard throughout but not a peep is heard from a nine-day-old baby, which gives it a surreal eerie feel rather than look. It follows Bresson’s theme from Pickpocket of redemption in prison. The Belgian brother writer-director team of Jean-Pierre and Luc Dardenne (“La Promesse”/”Rosetta”/”The Son”) once again explore the life of marginalized characters in the nondescript Belgium industrial city of Liége, but in a fresh way. The rootless, lowlife characters in the film are not the sort of people I would want to be around, but the film offers us a safe way of knowing these invisible characters who inhabit every major city in the western world and live such shadowy existences. The brothers’ story thrives on how realistic, unsentimental, bleak and penetrating it is, with young thieves who could have been in a Dickens book and young leads living on the edge through their wits who could have been subjects for Dostoevsky’s Crime and Punishment. The film won the top award at Cannes (their “Rosetta” won the award in 1999).

When pretty blonde 18-year-old Sonia (Déborah François) returns from the hospital clutching in her arms her newborn son Jimmy, she finds herself dispossessed because her unscrupulous petty thief boyfriend Bruno (Jérémie Renier) sublet the apartment without her approval. Sonia eventually tracks Bruno down panhandling in the street. At their reunion the two become childishly playful and end up sleeping in a shelter, in which Bruno leaves later on in the night after receiving a phone call on his mobile from his two teenage associates of hot jewelry that they can sell. The next day while Sonia stands on a long line to see about her unemployment benefits, Bruno takes Jimmy for a walk in his pram and following the suggestion of his fence decides to sell the baby on the black market. After a few calls and an exchange of hard cash for the baby, Bruno returns with the empty pram and a wad of cash. The startled Sonia collapses and is rushed to the hospital, where she presses charges against him. Bruno, not realizing he has done anything wrong as his amoral life is built around selling or stealing anything he can get his hands on, realizes he hurt someone who deeply cares about him but whom he takes for granted and that he better get back the child or Sonia will be gone.

The titular child in the story is more likely Bruno, who is immature and needs mothering about as much as Jimmy. We already know that Bruno is a shit, but the Dardenne brothers aren’t asking us to like or forgive him–they are instead asking if it’s possible that he has enough good inside himself to change and find redemption. The brothers know how to keep up the tension and tell an exciting story (the chase scene in the last act is as good as those in the blockbuster thrillers), and they keep everything in motion until in the end we can look at the maternity driven mother and the street-hustler young man as finding some kind of sublime morality to live by. I don’t think it matters to the brothers if the redemption is thought about in Christian terms, though the brothers themselves are coming from a religious point of view that there’s always some goodness to be found in the world no matter how improbable that might seem at times. What the brothers offer the immature couple (she’s almost as irresponsible as him) is an uncompromising compassion. What they offered the viewer seems like their formulaic way of making their under-the-radar protagonists more known to the public, who should have no reason to believe that there are too many others who can suddenly take responsibility for their actions and change on the dime. 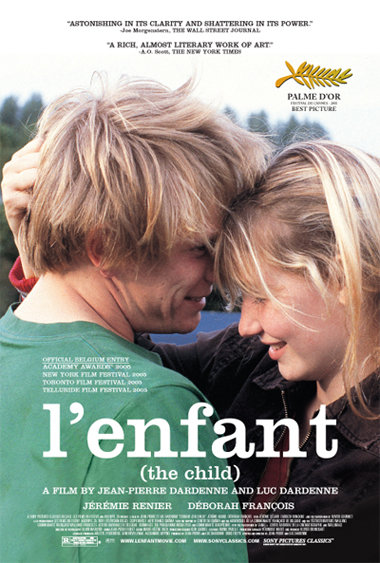