ISLAND OF THE DEAD

“If it wasn’t for Malcolm McDowell slumming in this B film, it would have been a lot worse than just a bad film.“

Tim Southam (“Drowning in Dreams”) directs and cowrites with Peter Koper this poor man’s horror flick, that’s never scary (unless looking at maggots is scary), never meaningful and never interesting. It’s a quickie made for TV pic. If it wasn’t for Malcolm McDowell slumming in this B film, it would have been a lot worse than just a bad film.

Billionaire land developer Rupert King (Malcolm McDowell), a Donald Trump-like tycoon, gets the deed from the city to Hart Island, a place used by NYC since 1869 to bury the paupers and unidentified in mass graves. King is set to build Hope City on the island for the homeless and troubled, giving them shelter and a place to live as a second chance on life. The tycoon is undisturbed that the place might be cursed if he unearths the graves of the dead, and is undisturbed that his altruism is not genuine. King, a major shareholder in a giant pharmaceutical company, secretly plans to use his unfortunate charity cases as guinea pigs for research (think death camp experiments by the Nazis!).

King’s loyal aide Rodger (Paul Hopkins) accompanies the vile philanthropist to Hart Island, as the gushing mayor (Daniel Pilon) in a formal ceremony gives him the deed to the island. Also on the island are big-hearted Sgt. Melissa O’Keefe (Talisa Soto), from the Missing Persons Bureau, who is there to ID an orphan girl who was a murder victim. She’s met on the island, after taking the ferry there, by the genial Captain Chanon (Michel Perron), who is in charge of the island security. The ferry also brings two non-violent convicts, the body-pierced heavy metal musician Neely (Kent McQuaid) and a nice guy ex-cop named Tony Matos (Bruce Ramsay), who claims he was framed by cops in his own precinct and is optimistic that in his new trial justice will be served. I think some romance is in the air between Melissa and Tony, but that’s handled so subtly that it might not be so. In any case the prisoners join a work detail with other prisoners, that includes Robbie J(Mos Def, hip-hop artist).

The highlight scene has thousands of disease-carrying flies attacking the island guests, as they hunt down the humans to show their disapproval of what they have done to Hart Island (but this is no Hitchcock’s The Birds, even if it might wish it was!) and after one bite the vic’s body deteriorates. After being trapped on the island overnight, it was not difficult to guess which two survive the attack to live another day in the city (as if it mattered or anyone cared in this uninspiring pic). 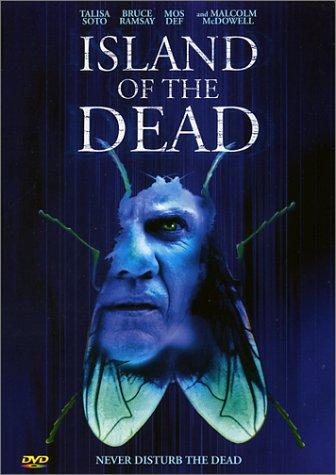