“A ridiculous comical Western about a windbag four-flusher whose character is modeled after the historical Judge Roy Bean.”

A ridiculous comical Western about a windbag four-flusher whose character is modeled after the historical Judge Roy Bean. Hack director Glenn Tryon (“Small Town Boy”/”Double Date”/”Meet Miss Bobby Socks”) can’t do much with the lame story by Clarence Upson Young and the screenplay by Mr. Young and John Twist. This one stung like stepping on a cactus barefooted. The strained comedy was brutal and the story was purposely made unbelievable, leaving nothing much to hang one’s hat on.

In 1881, the loudmouth William “Bonanza Bill” Barker (Harry Carey) arrives in NYC pretending to be a millionaire who seeks to partner in a gold mine with Wall Street tycoon Sam Kent (Clarence Kolb), but fails to fool the sharp businessman and hightails it to El Paso after being exposed as a phony. Kent’s mistress is Clara Martinez (Evelyn Brent), Barker’s long-lost wife from El Paso. She feels sorry for her busted broke liar ex and supplies him with a railroad ticket back to El Paso.

Back home, Barker is persuaded by a local judge to go to Tombstone with a law book and hunt down “The Tonto Kid (Tim Holt, Western film debut).” He’s a takeoff on Billy the Kid, a young outlaw. While on the prairie Barker runs into his estranged daughter, Nitta Moseby (Jean Rouverol), who believes that her father died a hero at Gettysburg. She was on her way to wed a rancher named Danny Sanders (Allan Lane) when the Tonto Kid holds up the train and robs her engagement ring. The spunky Nitta jumped off the train and pulled a gun on the Kid, demanding he return her ring. While the two argue around a campfire, Barker shows up. The Kid is relieved of the items he stole and rides off. Through conversation Barker realizes that the girl is his daughter. He then decides, after leaving Nitta off at the spot where she will later have her wedding ceremony, to organize the new railroad community of Martinez, Arizona. He talks the locals into naming him temporary mayor by making outlandish promises to them. That same night, The Kid is confronted by Danny, who is actually his outlaw partner. The Kid kills Danny in a gun duel and the anguished Nitta wants The Kid arrested for murder. Instead Barker pressures the outlaw to stake, on the quiet, Nitta’s ranch with his booty.

If it all wasn’t absurd enough, it gets even more so when Barker fights with the outlaw McQuinn brothers (a takeoff on the Clantons), who scheme to control a valuable stretch of river land by using a government-placed Indian tribe. Things don’t bode well for Barker on the day of the official election, as his popularity has plummeted since he can’t keep his promises. But he’s rescued by the arrival of Clara and Kent, as he sweet talks the Indian tribe to re-locate in California with a free ride on Clara’s train. The McQuinns blame Barker for their loss and provoke a gun battle, which Barker and The Kid come out on top. Barker wins the election and Nitta uses her female wiles to get it out of pop that Danny was a scoundrel, and then decides to marry the reformed Kid.

The villains in this piece were the Clantons, but I found no one likable and the so-called good guys certainly had questionable morals and were about as pleasant as rattlers hissing. 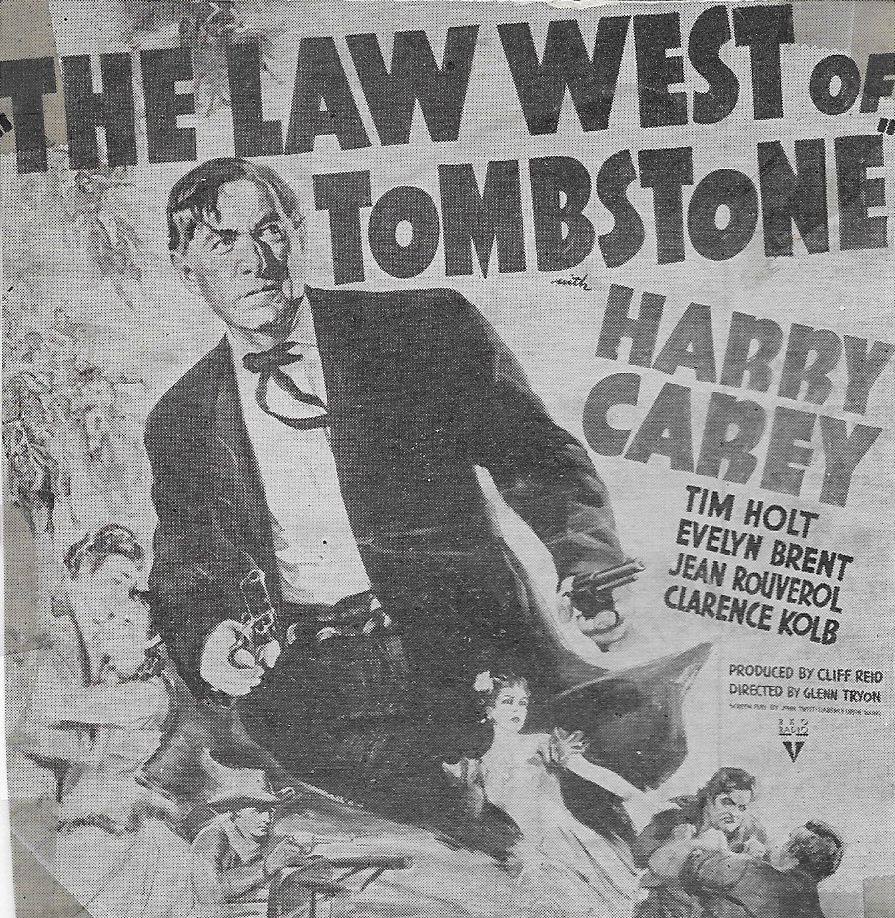