“Clint’s in this car wreck doing his usual macho thing, which might be enough to satisfy his fans.”

A morally bankrupt buddy- cop drama. Clint Eastwood (“The Outlaw Josy Wales”/”The Unforgiven”) directs and stars in this weary action pic, that in a tiresome manner follows the genre formula. Writers Boaz Yakin and Scott Spiegel serve up a lethargic script with an all too-familiar caricature of cops and robbers, and it Tasers us with awful dialog, weak car chases, uncalled for sadistic violence and too many cliche moments. But Clint’s in this car wreck doing his usual macho thing, which might be enough to satisfy his fans. Rich boy David Ackerman (Charlie Sheen) is the rookie detective in the LAPD car theft department, who is assigned by Lt. Ray Garcia (Pepe Serna) to partner with the cynical, grizzled vet, cigar smoking, ex-race car driver Nick Pulovski (Clint Eastwood) when his partner is killed investigating chop shops. The partners will defy department orders to turn the case over to homicide, to the rookie’s chagrin, and continue to track down the mastermind car thief Strom (Raul Julia) and his wacko associate Liesi (Sonia Braga), whose gang of car thieves work out of East L.A. Nick upsets a barrio bar with his presence and causes a brawl, raids Strom’s chop shops and puts the pressure on him by announcing on the TV news he’s going after him. When Nick taps his phones without a court warrant, he discovers Strom plans to rob a casino because he desperately needs money and sets a trap for him. But it backfires when the rookie freezes, suddenly recalling he caused the death of his brother in a childhood accident and fails to shoot the attacking Liesi. It results in the rookie getting shot at and Nick kidnapped. David, feeling guilty, suddenly overcomes his childhood trauma and comes alone to the rescue of his partner who is locked up in a warehouse. While chained to a chair, Nick is raped by Liesi; meanwhile Strom threatens to blow him up if he doesn’t get $2 million ransom from the police. It all adds up to a vulgar and empty movie, and though it was a box office hit it’s a low-point in Clint’s artistic career. 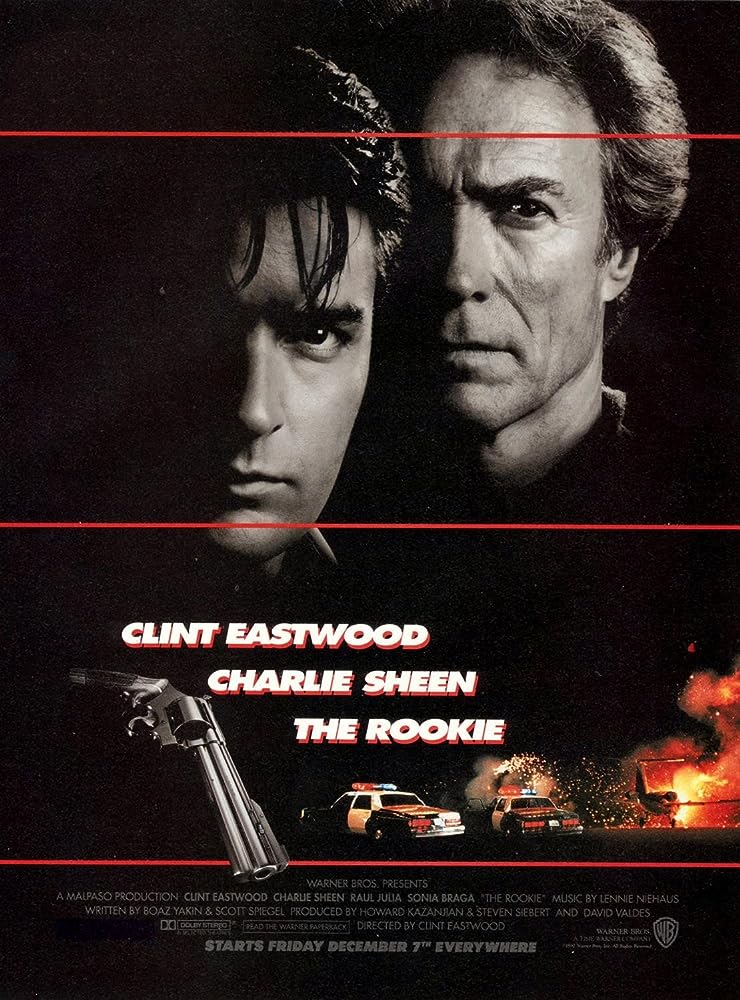