“Promises more than it can deliver.”

Isabelle Huppert gives a bravura performance as the down-and-out whore slowly coming out of her mental breakdown in the presence of the needy 14-year-old daughter she long ago abandoned who suddenly returns to save her life. La Vie Promise is a melancholy melodrama that promises more than it can deliver but never sinks into the mushy pits it constantly stares down at, mainly because Huppert carries the film with her furtive blank stares and manic gestures making something out of nothing and never quite lets it turn into a mawkish tale. It is directed by Olivier Dahan; the screenplay is by Agnès Fustier-Dahan.

Sylvia (Isabelle Huppert) is a middle-aged hard-boiled streetwalker in Nice sporting dyed blonde hair, blue nails, a huge tattoo on her upper left arm, and wearing enough makeup to supply an entire cathouse, whose abandoned epileptic daughter Laurence (Maud Forget) flees a foster home and accompanies her unfriendly pill-popping mom, unwilling to act maternal, back to her dumpy apartment. When mom’s pimp and another thug press her over money matters and start beating her, the daughter fatally knifes one of the thugs with the trusty kitchen knife and the ladies flee Nice by the back roads.

On the road north to Viale, a bucolic country town with gorgeous fields of flowers that radiate with hope as some syrupy orchestra music accompanies this scenario, Sylvia returns to her hometown where she was once married to the kindly Piotr but left him due to a nervous breakdown eight years ago after giving birth to a son. She has since sunk into her current messy prostitute life, and seems to have lost her memory and doesn’t recognize people in her hometown who speak to her about the past.

It’s mainly a road movie, as mom and daughter argue and split up. They reunite, after missing each other for a whole reel, when given separate hitchhiking rides by a stranger, Joshua (Pascal Greggory), who is an ex-con imprisoned as a car thief–probably also on the lam. The quiet, salt-and-pepper scruffy bearded middle-aged man takes a paternal interest in the youngster as he goes out of his way to reunite her with her mixed-up mom. Joshua’s role as savior, or if you will Sir Galahad figure, is merely a plot device, as he’s never made to act like a regular human being would act in such a situation.

Mom reunites with her gentle remarried hubby clutching a teddy bear in her arms for her son, not realizing he’s no longer a baby. By this time we catch up with Sylvia’s dysfunctional past life and see that her daughter is in for the same checkered history unless there can be a positive change. The film leaves us with the message ‘that where there’s flowers there’s hope,’ as images of flowers that were seen in the opening frame counteracting the sad sight of the hustlers working the streets of Nice are now seen in the last reel in the beautiful countryside of the north. It’s a slick but vacant story about flower power needed to recapture the past and right a few wrong turns made. It’s worth seeing only for Huppert making sense out of a tale that didn’t deserve to make sense. 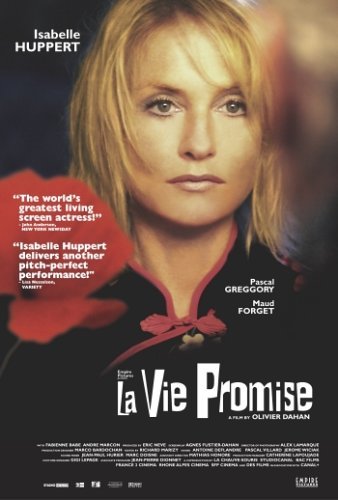