Brit TV drama director Julian Farino(“Our Mutual Friend”/”Byron”/”Oranges”), in his film debut, directs this mildly entertaining dark comedy to be more as a TV episode than a feature movie. Paul Tucker writes the script based on his play.

Leicester dwelling, unemployed, mullet-wearing, obese, loser Frank (Mark Addy) is given the boot by his mom (June Watson) and thereby boards in a cheap B&B with the nerd Kenny (Charlie Creed-Miles), his wheelchair-bound vegetable brother Keith (James Hooton) and their drunk father Len (Kenneth Cranham). After Frank falsely boasts about his service as a former Special Air Services soldier, Kenny hires him to kill the Cockney thug Donut (Alan Atherall), who disabled, in a street fight, his brother. This requires Frank to steal a gun and go with Kenny to South London, where they take Donut’s manipulative girlfriend Jackie (Samantha Morton) hostage in the hi-rise apartment she shares with Donut. The film offers no character or narrative depth, as it only asks how it will end for Donut. But I still enjoyed it, as I got a few laughs out of it. 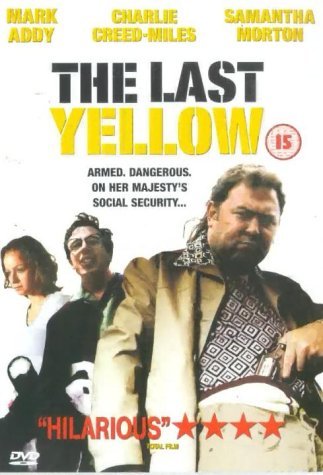