F.W. Murnau (“Sunrise”/”City Girl”/”Faust”) directs this German silent classic on humiliation, told without intertitles (the tracking camera does the talking). Emil Jannings is the expressive old doorman at a luxury Berlin hotel, who is proud of his work and uniform. Because of his age, the proud doorman is demoted to lavatory attendant. Trying to keep it a secret from his family, they discover the truth the next day when his aunt tries to deliver him a lunch. News spreads, and his insensitive neighbors greet him with derision. The next day he turns in his uniform and only the night watchman (Georg John) comforts the dejected doorman.

It ends with an unconvincing cop-out happy ending, as an eccentric millionaire has stipulated in his will that his entire fortune will go to the person holding him when he dies. Wouldn’t you know it, that lucky stiff turns out to be the old porter in the washroom. He then gets his triumph when he celebrates his new good fortunes by living it up in the restaurant of his former place of employment accompanied by his friend the night watchman.

It works for the most part because of its simplicity and the sympathetic performance by Jannings, yet I was never over excited by the fable’s ending–supposedly forced upon the director by the studio, UFA. 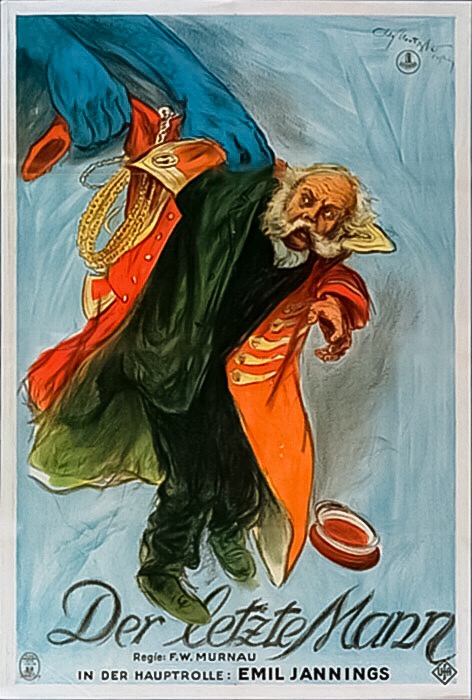 BUFFALO BILL AND THE INDIANS

OUT OF THE PAST