One of those anthology films that seems like a good idea but never quite works because it lacks the vision of one filmmaker to put it all together. In this valentine to Paris, as the ‘City of Love,’ there are 18 short films from 21 celebrated directors from around the world. Each filmmaker tells of an incident or an encounter in various Paris neighborhoods. It covers the range from drama, romance, comedy, mime, and even vampire movies. It’s pretty much a stunningly beautiful ‘postcard’ view of a Paris that tourists might not usually visit, that tries to stretch the skits into something a bit heavier; especially, when it attempts to cover stories about a missing child, racial tensions, a woman dying from cancer and ticklish romantic situations, but the serendipitous narratives are too short to have power and almost all can be quickly forgotten. It remains of interest merely as an exercise in acting and filmmaking, but otherwise has little value.

With that said, there were three short works that stood out because they were momentarily diverting and provided a few chuckles. The Coen brothers have Steve Buscemi as a hapless American tourist waiting for a train on the Tuileries station in the Metro, after returning from the museum with a bagful of touristy art items, and finding out how the guide book is sometimes not enough to understand Parisian lovers who think they are being spied upon while they make out in the station. Wes Craven has a squabbling young couple visit the grave of Oscar Wilde at Pere Lachaise and have the witty Oscar (whose last words told to friends gathered around his death bed were, “either the wallpaper goes or I do”) miraculously reappear to inspire the injured man with a sense of humor to win over his future wife. And, Gus Van Sant offers a comical gay pick up scene in a print shop, where a young Frenchman accompanying an American photographer thinks he’s found his soul mate in a silent handsome young man waiting in the shop without knowing the man he gave his phone number to and offered his love to didn’t understand a word because he’s an American.

Though all the pieces are pleasant, they’re all trifles bordering on mediocrity. 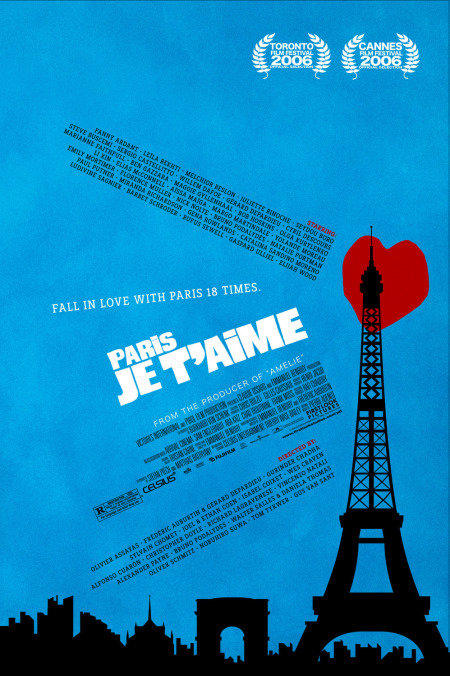