Producer Mack Sennett turned out for his Keystone studio this wacky boxing comedy short (a two-reeler) that despite the title has no knockout. What it has are many sight gags. Film buffs with nostalgia for silent comedies should find it a treat, others may not.

Roscoe ‘Fatty’ Arbuckle is a jolly young man who learns he has some boxing talent after tangling with some hooligans. He tries to impress his girlfriend Minta Durfee (Arbuckle’s real-life wife) by signing on for a boxing match with the champ, Cyclone Flynn (Edgar Kennedy, a former boxer who once went fourteen rounds with the legendary Jack Dempsey), as the champ advertises that he will meet all comers in Fatty’s hometown. Two hobo con-artists have one of them pretend to be Cyclone Flynn, but when the hustler boxer (Al St. John) observes Fatty in his workout lifting a 500 lb. weight with one hand, he tosses a note to Fatty that says “It’s very unpleasant knocking out fat men, so lay down and we’ll go halves on the coin.” Fatty refuses and the con-artists flee when the real Cyclone arrives and quickly dispatches both of them. In the ring, Charlie Chaplin makes his 17th appearance in a Keystone comedy and becomes a punching bag from both fighters. When Fatty realizes he can’t win, he steals two six-guns from the mustache twirling gambler (Mack Swain) and starts shooting at Cyclone’s feet as the fight spills out to the street and six Keystone Kops are dragged on a rope by Fatty, who was lassoed by them, through the streets until they reach the pier and then they all fall into the water and Fatty’s surrounded by the Kops. 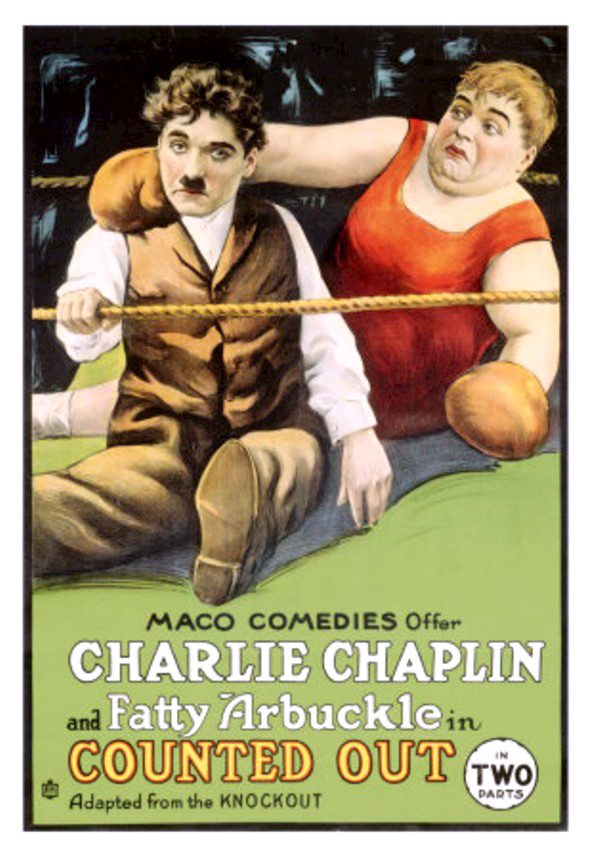