KISS THEM FOR ME

“Somehow all the glibness never translates to funny.”

Hosed down from the ribald play by Luther Davis and the unexpurgated novel Shore Leave by Frederic Wakeman and safely but lamely scripted by Julius Epstein, this military farce never gets rolling and the comedy seems forced. It’s a silly war time comedy flatly directed by Stanley Donen (Indiscreet”/”Charade”/ “The Grass Is Greener”). It calls for a balancing act of the cynical with the romantic, something a director like Billy Wilder could do in his sleep but Donen is too heavy-handed to pull off. The other faults are that Cary Grant at 52 is too old for the pilot part, though he almost makes it believable; Jayne Mansfield in a leading role stands out in all the wrong ways as a cartoonish platinum blonde bimbo who can’t act as she takes the film on a wrong turn, though seeing her dressed as Rosie the Riveter might be the best thing about the film.

Andy Crewson (Cary Grant), McCann (Ray Walston) and Mississip (Larry Blyden) are three navy war heroes who go on an unofficial four-day shore leave in San Francisco and get into a few jams. They fly in 1944 from Honolulu to San Francisco with their cowardly and conniving public relations officer Lt. Wallace (Werner Klemperer) and manage to stay for free in a fancy hotel through a deal with the slippery hotel manager. Party animal Crewson draws a party crowd to their suite by advertising nylon stockings, which pulls in Alice (Jayne Mansfield). When the nylons don’t materialize as anything but a lure, Alice remains to party as a crowd gathers and she cuddles up with a gap-toothed gob (Nathaniel Frey). Crewson has eyes for icy socialite Gwinnith Livingston (Suzy Parker, a former model, voiced by Deborah Kerr), whose fiancée is an offensive war profiteering shipyard owner Eddie Turnbull (Leif Erickson). Predictably, Crewson gets Turnbull’s goat by stealing her away from him and he uses his navy contacts to get even. Other sidelights include the married McCann running in abstention for a Boston Congressman post and cynically wishing for a wound to help his campaign, but all the while hoping to get out of harm’s way.

In the end, the real heroes run back to the front lines to escape the smug home front types and all the phoniness over patriotism. Somehow all the glibness never translates to funny, and the weak story with serious asides falls on its kisser despite its talented cast and Fox giving it a glossy look. 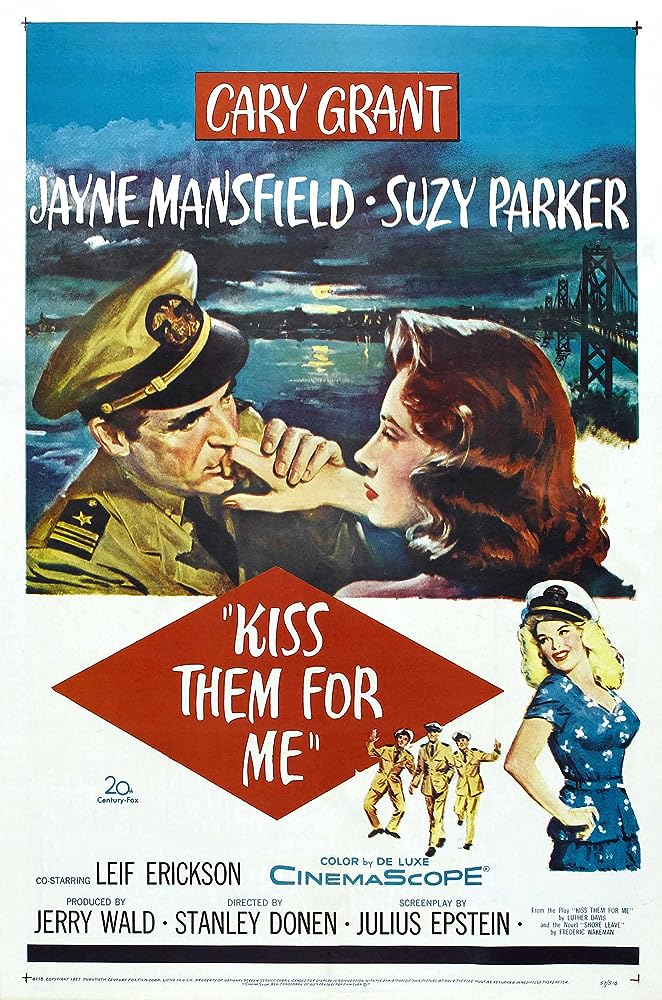