KEYS TO THE HOUSE, THE (Chiavi di casa, Le)

“It’s the kind of tough and sensible film, whose heart is in the right place, we can embrace even if it might not exactly be our idea of an entertaining film.”

The Keys to the House was commissioned by Italian television. It’s inspired by the book “Born Twice” by Giuseppe Pontiggia and directed by the respected Italian filmmaker Gianni Amelio (“Stolen Children”/”Lamerica”/””The Way We Laughed”). It’s about a father, Gianni (Kim Rossi Stuart), struggling to relate to his 15-year-old son Paolo (Andrea Rossi), who is disabled with muscular dystrophy. They meet for the first-time aboard a train leaving Munich for Berlin, where Paolo will receive medical treatment in the form of rehabilitative physical therapy. Gianni’s wife died at childbirth, and Paolo was raised by another couple as Gianni fled unable to deal with the situation. In the German hospital, they meet a French woman named Nicole (Charlotte Rampling), who also has a severely disabled daughter named Nadine (Alla Faerovich). When things go badly for the father and son, as the guilty father gets overwhelmed with his son’s temper tantrums and the cold treatment by the German staff, Nicole steps in and tells him about being patient. Gianni decides to take Paolo to Norway to meet a pretty pen-pal he has fallen in love with just by her photo. Paolo proves to be as charming and irritating as any teenager. On the journey back, Gianni has decided to have Paolo live with his new family (including an infant), and though realizing how difficult this adjustment will be he’s willing to make the sacrifices.

It’s a heavy tear-jerker that tells it like is about being handicapped, finding redemption, trying to make up for past mistakes and the burden a handicapped person places on the family. Rampling’s role is undeveloped and Kim Rossi Stuart doesn’t give much spark to his role, it’s only Andrea Rossi, who is disabled in real-life, that keeps things interesting as he brings force to his role and gives us an understanding of the physical and mental problems we don’t usually get from films about the handicapped. This work of fiction doesn’t tidy up the problems of the handicap, but lets us see in an unsentimental way how difficult it is for all concerned. It’s the kind of tough and sensible film, whose heart is in the right place, we can embrace even if it might not exactly be our idea of an entertaining film. 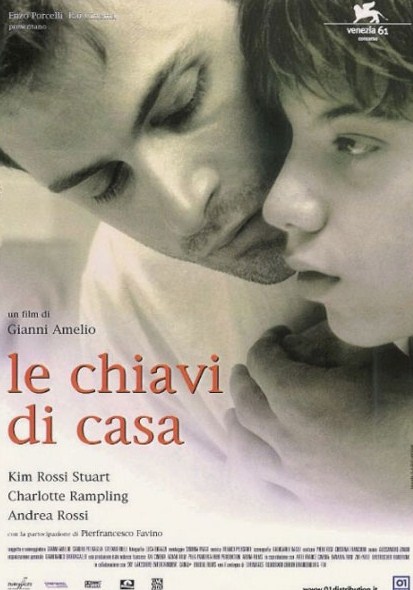