A so-so coming of Age film, told from the kid’s POV as he gives us a voice-over, that’s set on the eve of the first lunar landing in 1969.

It’s friskily directed by Chris Menges (“A World Apart”/”Second Best”), and is based on Scott Sommer’s adaptation of his own novella. The focus is on the family being emotionally wrung-out over circumstances it can’t control, as mother and son struggle to connect and survive financially.

It sat on the shelf for a year before released.

It’s set in the Florida Keys. Tracy Cross (Goldie Hawn) is a single mom struggling to survive and works three jobs as a waitress, bartender and stripper. Her former Navy pilot husband (Keith Carradine) returned from the Vietnam War an emotional wreck and alcoholic, blaming himself for accidentally dropping a bomb on a children’s hospital. The couple divorce and he becomes a groundskeeper at a Christian monastery in Miami. Their 12-year-old son Chris (David Arnott) is confused, in need of parenting, and is left on his own day and night.

Mom and son strive to live a normal life and earn enough to buy their own modest home. Meanwhile they live in the seedy hotel that employs mom, where many of the residents are dopers, strippers and downbeats. The kid delivers papers on his bicycle and also works for the hotel’s cooks (J. C. Quinn &Steve Buscemi) delivering fish to them from a fisherman docked at the pier. Chris is surprised to discover one day the fish are stuffed with cocaine packets and that he’s unwittingly working as a drug-runner for the cooks. The kid hopes to sell the cocaine to help mom out financially, and this leads to more problems when the cooks catch on who is stealing the cocaine.

Vacationing in the Keys is the smitten writer Joe (Arliss Howard), who begins a cautious romance with Tracy. Emmett (James Gammon) is the gruff but nice hotel owner.

In this mild film Goldie steers clear of her usually upbeat comedic giggling roles and tries some serious acting. The big problem is not the acting but that the film has nothing much to say about the down side of broken homes that doesn’t sound trite and the story never reaches any dramatically effective moments. By the mid-point I started tuning it out and never was refreshed by its rather bland but hopeful anti-drug ending. 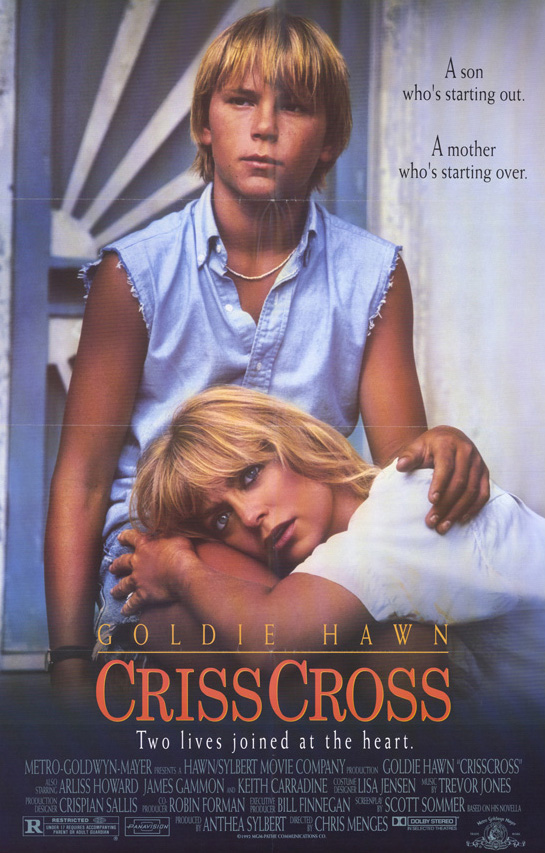