“Recognized for the splendid landscape photography by Giuseppe Land.”

A stylized visual treat, recognized for the splendid landscape photography by Giuseppe Land. It’s adequately written and directed by the Italian brothers, Paolo Taviani and Vittorio Taviani (“Good Morning Babylon”/”The Night of the Shooting Stars”/”The Niight of San Lorenzo”). The siblings loosely adapt it from Luigi Pirandello’s works. It offers four folk stories at the turn of the 19th century about peasant life in Sicily, and also offer an epilogue. The stories are: “The Other Son”, “Moonsickness”, “The Jar”, and “Requiem.” The actors are mostly non-professionals, making it seem natural. The title is derived from the author’s birthplace, Kaos, near where all the stories are set. The stories are seamlessly linked. They range from black comedy to tragedy. The film’s main problem, for me, was handling its three hour length.

In the first story, “The Other Son”, a mad woman (Margarita Lozano) holds it against her son that she detests his father. Meanwhile a story unfolds about a bandit who used to terrorize Sicily.

“Moon Illness” tells of a newly-married couple. The wife (Enrica Maria Modugno) is upset when she discovers that her husband (Claudio Bigagli) has epilepsy and hid it so as not to be picked on by the crude locals.

“The Jar” is a black comedy. A large olive jar mysteriously breaks and the owner (Ciccio Ingrassia) desperately tries to repair it. A hunchback (Franco Franchi), while repairing it, gets trapped in it.

In the fourth story “Requiem”, tenants struggle with their landlord to bury their dead mother.

In the epilogue, “Conversing with Mother,” Pirandello (Omero Antonutti) brings back memories of his childhood as he chats with the ghost of his mother. 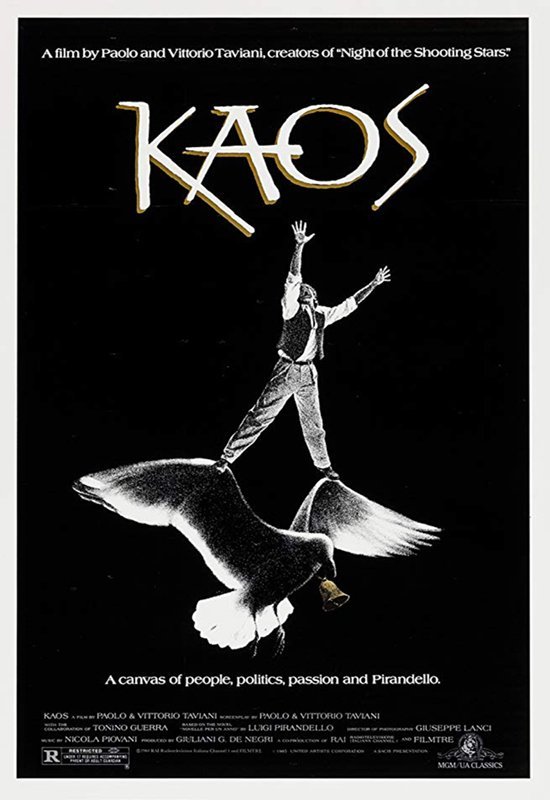