Helmer Louis King (“Frenchie”/”Sand”) of this predictable and routine B film crime drama was the kid brother of Henry King. SI is based on the 1935 story Fugitive Road in the New York Herald Tribune by Erle Stanley Gardner. The writers are Thomas Lennon, Louis Stevens and Ferdinand Reyher, who hand in a pedestrian script.

When wealthy hotshot Chicago mobster lawyer Bill Fenwick (Richard Dix) learns his G-Man younger brother (Owen Davis Jr) was killed by mobster Eddie Selton (J. Carroll Naish) in a Justice Department raid, he leaves his practice to go undercover under the alias of Richard Galt to be an operator for the Department of Justice. On a tip from a former client (Erik Rhodes) he ends up in a small mining town in Nevada to bring the mob chief to justice for running a “laundering” scheme (the “mob” opens a formerly closed gold mine at their Gold Bar Ranch in order to push off the “hot” bullion they have stolen as ore). Bill dumps his materialist city girlfriend (Judy Taylor) and pursues the attractive gang member Virginia Selton (Margaret Callahan), whom he falls for but fails to realize is Eddie’s sister as he lays a trap for her brother’s gang. The crime drama is short on credibility, and its unmerited feel-good conclusion was spotty at best. I could take or leave the performance by Dix, whose flashy style is outdated. But during his day Dix was a star who now is largely forgotten. 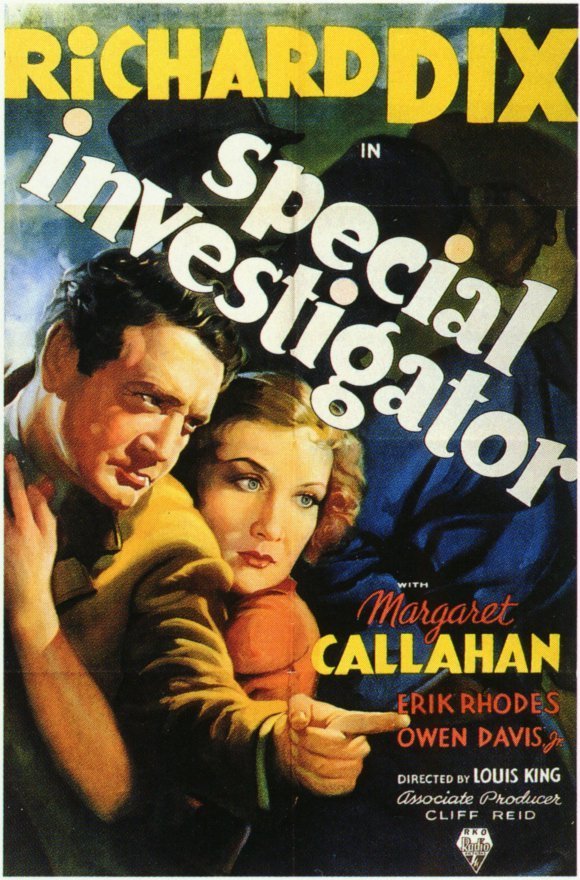