“It’s one of the best Bollywood films I’ve seen.”

Yashvardhan Raichand (Amitabh Bachchan) is the proud billionaire business tycoon patriarch, who lives in a mansion on a vast estate and dedicates his life to preserving the esteemed family name inherited from his wise ancestors who started the lucrative business and provided him with his life philosophy and silver spoon start in life. The authoritarian Yashvardhan deeply loves his wife Nandini (Jaya Bachchan), his handsome adopted at the age of 8 charming and likable cricket star son Rahul (Shah Rukh Khan) and his biological obese adolescent son Rohan (Hrithik Roshan), and showers all of them with his love and material comforts.

Dad expects his oldest son to always obey him, which he does until he disappoints by falling in love with a completely mad energetic chatterbox misfit from the lower-class, whose provincial father owns a sweetmeat-shop, named Anjali (Kajol). The son rejects dad’s choice of bride–the sweet girl he knows from childhood from his same upper-class background named Naina (Rani Mukherji). Dad believes his son has insulted the family with this outlandish choice and when his son refuses to back down, he gets disinherited. Rahul reacts by fleeing to London with Anjali and her adolescent sister Pooja (Kareena Kapoor). This upsets Rahul’s loving mother, who worships her son and feels lonely with him gone. Rohan is anxious to help his distressed mom and goes to London to try and reunite the once harmonious loving family.

The film reflects the powerful role the traditional family plays in the lives of the aristocratic class in India, and how the elders can become sometimes too rigid in forcing their will on their children even if they mean well. I can’t help saying that I agree with dad, that Naina is a better choice, at least from my POV. But not because of her privileged class status, but because I thought her better looking and with a more agreeable personality. But that’s not what’s wrong with the film, that arises when it goes on for too long and the last half-hour the dragged-out predicable story loses its earlier pep and starts getting tiresome.

The film’s title is derived from its title song, that translates as “Sometimes Laughter, Sometime Tears.” 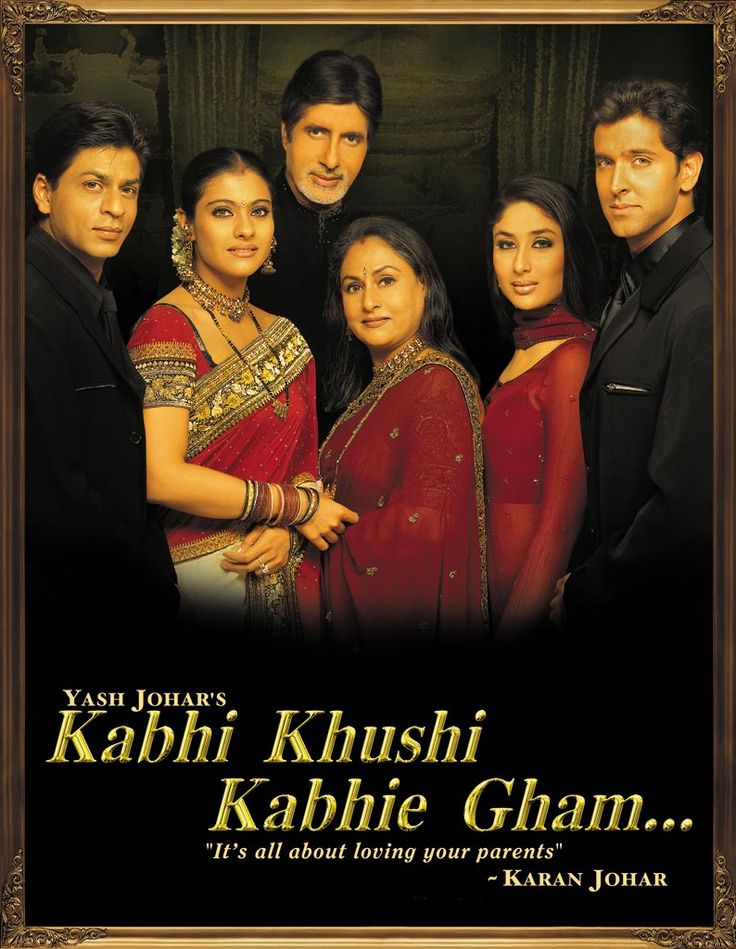