A SLIGHT CASE OF MURDER

Outdated mildly amusing black comedy that spoofs the gangster film, as Edward G. Robinson has a blast spoofing his own tough guy gangster image. It was made as a reaction to the Production Code coming down hard on the violence in gangster films, and is based on a flop Broadway play by Howard Lindsay and Damon Runyon. The always reliable Lloyd Bacon (“Larceny, Inc.”/ “Invisible Stripes”/”Footlight Parade”) does the directing honors; it’s written by Earl W. Baldwin and Joseph Schrank. A weaker version was remade with Broderick Crawford in 1952 as Stop, You’re Killing Me.

Prohibition ends and former successful bootlegger Remy Marko (Edward G. Robinson) converts his still into a legit brewery and his gang (Allen Jenkins, Harold Huber and Edward Brophy) trade in their guns to be beer salesmen. Marko seeks respectability and wants his wife Nora (Ruth Donnelly) to join high society. His daughter Mary (Jane Bryan) is educated abroad in exclusive schools, and returns home. Unfortunately the beer, called Gold Velvet, stinks. This comes as a shock to the beer baron, who never tasted the stuff before. Problems arise when sales are slow and the bank wants to call in his loan. Marco arranges to meet two of them in his rental summer home in Saratoga, where he hopes to persuade them to extend the loan. Complications arise when the summer retreat contains the bodies of five dead rival racketeers and Marco’s boys go about burying them. When Marco’s daughter’s fiancé (Willard Parker) shows up and he turns out to be a state trooper, he’s not made welcome by the former bootlegger. Everything gets resolved in a comical way, as the dead bodies have a price on their head and the reward money for their capture would pay off the bank. 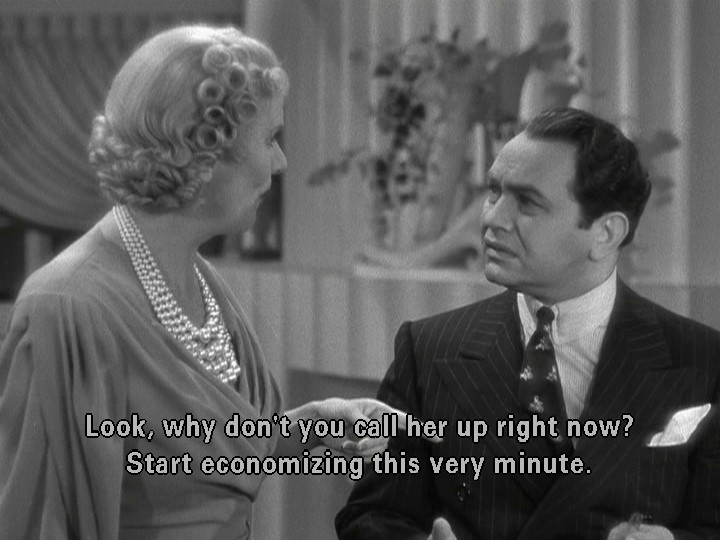