Britain’s answer to Jerry Lewis, Norman Wisdom, stars in this silly slapstick comedy. John Paddy Carstairs (“The Square Peg”/”Sands of the Desert”/”Jumping for Joy”) directs this pleasant but unimportant film. The comedy is forced and the storyline is slight, but if you’re a fan of Wisdom that probably doesn’t matter.

Socially awkward jeweler’s assistant Norman Hackett (Norman Wisdom) has fallen secretly in love with Anne (Jill Dixon), the window-dresser who works across the road. It’s lovelorn Norman’s desire to buy an expensive pendant to show how much he cares for her. Since he’s short on cash, Norman decides to go to shady bookmaker’s Weaver and Lumb (Peter Copley and Leslie Phillips) and is given a tip on how to place a unique lucrative accumulator bet. He places £1 on a jockey to win all six of his races at Goodwood, with the odds at one thousand to one. By a miracle he somehow wins, but then has the difficulty of collecting from the untrustworthy bookies.

Though competently made the project is predictable and flat, and the witless humor is of the mildest sort. 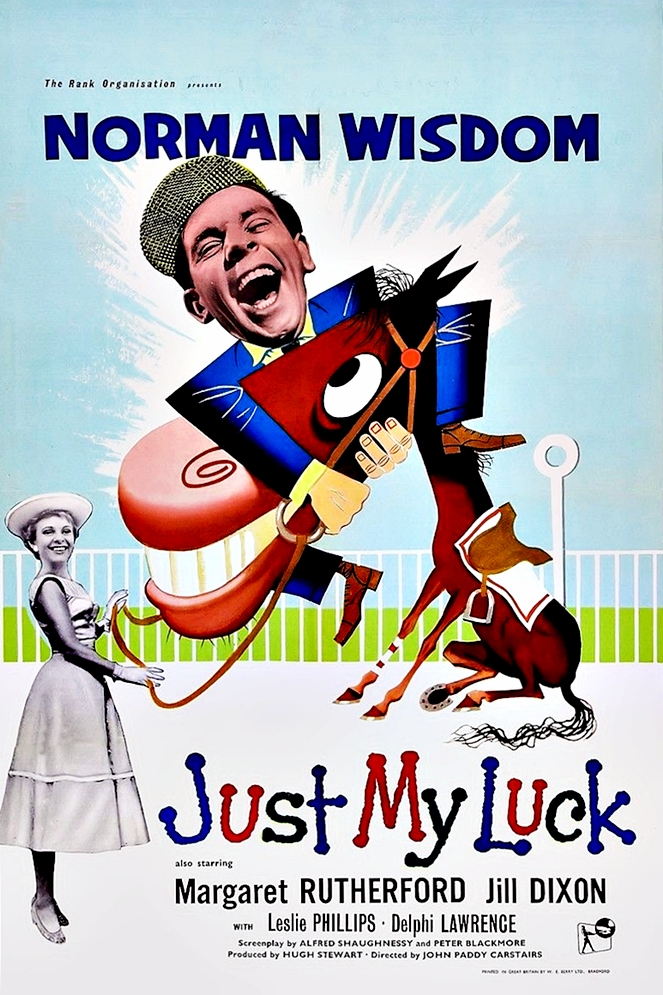