“A formulaic road film (about finding oneself) with some possibility of being unpredictable until its predictable sweet ending.”

A quirky feel-good screwball lightweight romantic-comedy that is a formulaic road film (about finding oneself) with some possibility of being unpredictable until its predictable sweet ending. This is writer-director NYU film grad Joel Hopkin’s low-budget feature film debut, based on his short story Jorge. Keeping it one-tone, character driven and retro in spirit, Hopkins displays some talent in delivering his oddball deadpan humor. What it lacks is gravitas, a steady hand and an indie signature that it’s breaking new ground. It seems to me that this is the same kind of fluff the big studios throw together, and all Hopkins proves by this film is that he has the ability to work in the same pool as the mainstream studio filmmakers.

George (Tunde Adebimpe) is a timid, geeky, tightly-wound button-down type, who is a Nigerian expatriate working in upstate New York as an office worker and dreaming he’s a tiger and that he can romance co-office worker Alicia (Natalia Verbeke). He goes to the Buffalo airport to marry Sophie (Abiola Wendy Abrams), in an arranged marriage made for him in childhood by his now deceased parents, but finds out he got the date wrong and she already arrived and went onto Niagara Falls. Their church wedding is three-days away. George hooks up with a daffy Frenchman Gérard (Hippolyte Girardot), who is a suicidal manic-depressive and is off kilter because he was just rejected by his girlfriend in an impromptu marriage proposal at the airport. Gérard hates being alone and makes George feel so sorry for him that he can’t turn down Gérard’s offer of a car ride to the once Love Capital of the world Niagara Falls (now because of the poor economy it’s known as the Suicide Capital). On the way they pick up hitchhikers Nathan (James Wilby) and Alicia, who are heading to Alicia’s mother’s home upstate and then for a backpacking vacation in Canada. Nathan’s a spaced-out English bloke who was Alicia’s college professor; they have been seeing each other for the past year. He’s a creepy smarty-pants and the film’s designated villain; Alicia’s a Mexican hottie who loves to dance. Why George and Alicia fall so quickly in love with each other sure beats the heck out of me, but they do and the good-hearted Gérard seems to hate arranged marriages so badly that he spends most of his time trying to get Alicia and George connected in the hopes that George breaks his family vow. Also pitching in to help George is Consuela (Patricia Mauceri), Alicia’s widowed mother, and her deaf grandfather (Gene Ruffini), as the traveling party stays overnight with Alicia’s warm family.

There are a few mild laughs, but all the effort it takes to get George loose and keep the slight plot from going over the insufferable/cutesy dividing line left me thinking what’s all the fuss about–George was more of a bore than funny, anyhow! 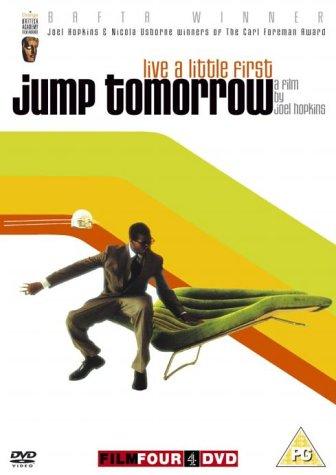