JOURNEY TO THE WEST: THE DEMONS  STRIKE BACK (The Chinese title, “Subjugating the Demons”)

“The kid friendly comical martial arts film draws only a smattering of laughs.”

It’s the sequel to Hong Kong filmmaker-comedian Stephen Chow’s martial arts hit “Journey to the West: Conquering the Demons.” It’s directed by Tsui Hark (“The Taking of Tiger Mountain”/”We’re  Going To Eat You”). It follows the fantastic folk tale of a 16th century Chinese novel about a monk and his allies taking on demons by using magic.

In flashback we view how Tang has anger management issues as he’s abusive to Monkey, whom he’s never forgiven for killing his first love, Duan (Shi Qi. The film’s tensest and best scene has Tang and his pupils play a cat-and-mouse game, veering being slapstick and nastiness, to react to murderous attempts on each other.

At the city of Bi Qui ruled over by a capricious child king (Bao Beier) who wants to always be entertained and when not has tantrums, they find themselves at the king’s mercy. They are banished from the kingdom after Monkey’s misdeeds. In their interactions, Monkey sees that the king is really a demon and on his return from banishment fights him. The real king as a reward for those heroics presents Monk Tang with the concubine Felicity as his companion. Monk Tang tries to see his former love Duan in her, but Monkey falsely insists that she is a demon despite offering no real proof.

The kid friendly comical martial arts film draws only a smattering of laughs. It has a strong Japanese influence to its splendid special effects and has lavish production values. It’s questionable, though, if its Asian humor translates to the west. Also, its incoherent story kept it from engaging me completely. 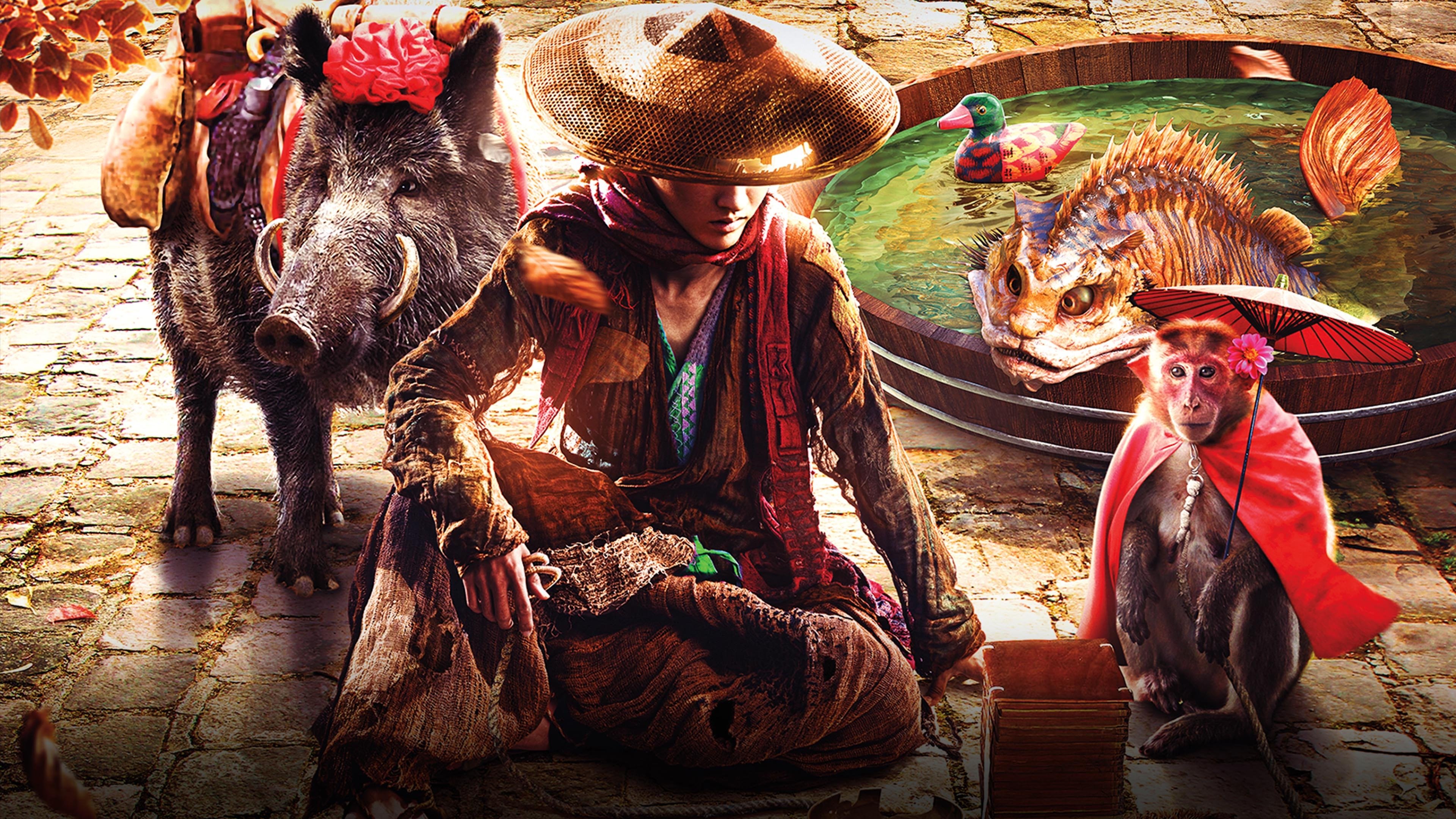