“Park tries to make us believe that the men soldiers on both sides would have no trouble bonding if ideologies and uniforms didn’t get in the way of things.”

We are pessimistically told that the peace between North and South Korea is preserved by suppressing the truth in agitprop filmmaker Park Chan-wook’ (“Sympathy For Mr. Vengeance”/”Oldboy”) stylishly easy to look at but highly overrated humanistic based political and mystery thriller. This film was the most popular and successful film in the history of South Korean cinema. It’s based on the novel “DMZ” by Park Sang-yeon.

It’s set in and around the demilitarized zone at Panmumjon (the DMZ is the site where the armistice agreement was reached in the Korean conflict in 1954) that separates North and South Korea. During the middle of the night on the border between North and South Korea, shots ring out from a guardhouse and two northern border guard soldiers are dead and Sgt Oh Kyeong Pil (Song Kang-Ho) is wounded; commandos from the south dash cross the border to rescue their own wounded man, Sgt. Lee Soo-hyeok (Lee Byeong-heon), lying on the Bridge of No Return. Hoping to reduce the tension in that nuclear armed powder keg area, the Neutral Nation Supervisory Committee (NNSC), a neutral organization run by the Swede and the Swiss peacekeepers, flies in a military lawyer named Major Sophie Jean (Lee Yeong-ae), whose expatriate father is Korean and mother Swiss, to investigate the crime. Though raised in Geneva, Switzerland, she speaks a fluent Korean; this is her first time in Korea. She’s told by her superiors to not make waves and at all times act neutral, as her job is to diffuse the tense situation and accept the police findings. Major Jean collects the depositions from both sides and finds wide discrepancies over what happened and a refusal on both sides to answer what is not in the deposition. Sgt. Lee, held in custody, admits to the shooting, but says he did it to avoid being kidnapped. While the North Korean survivor, the charismatic Sgt Oh, from his hospital bed, calls it an unprovoked attack on the three guards. Since no one is willing to talk outside of the sworn depositions, Major Jean gets nowhere with this fuzzy incident until she stumbles upon a secret fraternization between some of the border guards on both sides after the South Korean sergeant is saved from a land mine explosive by three of the North Korean border guards.

Park tries to make us believe that the men soldiers on both sides would have no trouble bonding if ideologies and uniforms didn’t get in the way of things. There’s a good setup for a political tale, but its simplistic pat answer to the problem seems to fudge the big political divide issues by refusing to give anything but vacant feel-good neutral responses. There’s also a good setup for a murder mystery, but that story’s energy is drained by its political intentions. If you’re just looking to see how tense things could get on the border of a divided country, then this anti-war drama is just fine. But if you are looking for deeper answers to what makes things unbridgeable in Korea, this film doesn’t span far enough to reach either end of its destinations. 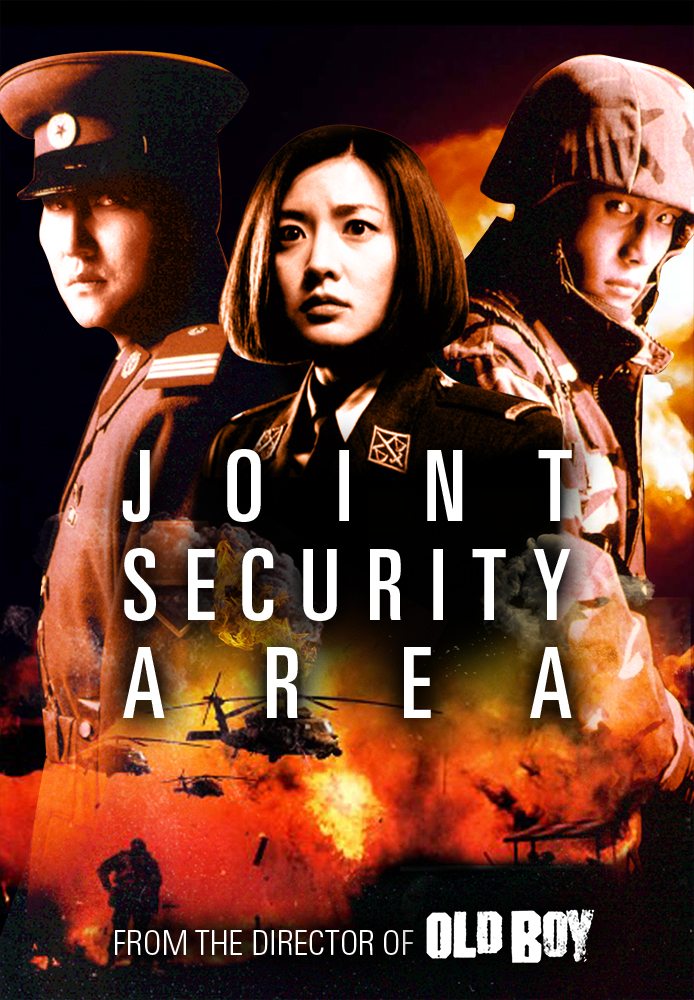